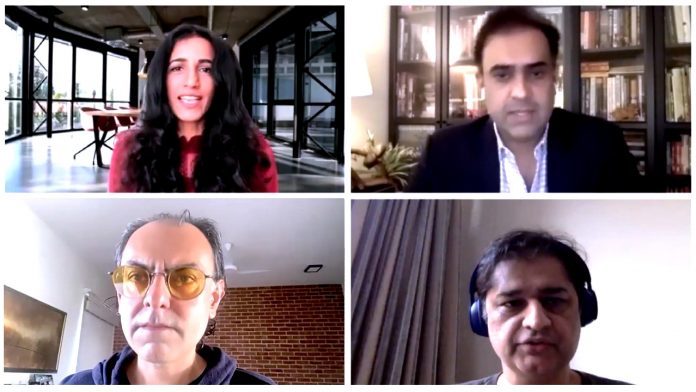 Lahore, December 31, 2020: The National Incubation Centre Lahore (NICL) at LUMS is on a renewed mission to contribute to Pakistan’s economic development by promoting innovation and entrepreneurship. Its latest initiative, the ‘Entrepreneur in Conversation’ series, features some of Pakistan’s brightest entrepreneurial minds discussing their innovative solutions to combat the country’s many challenges.

The talks are helmed by Saleem Ahmad, Chairman NICL. “We hope that these informal and interactive sessions will serve as an opportunity to learn from entrepreneurs who are solving Pakistan’s big problems, and thereby creating lasting impact. In the process, we hope to inspire a generation of young problem-solvers who can learn from these entrepreneurs’ path-breaking journeys,” Mr. Ahmad commented.

Through this series, NICL is aiming to provide young entrepreneurs a platform to engage directly with industry leaders and learn first-hand from their start-up journeys. The speaker series highlights their failures and successes, and more importantly, how they overcame challenges to create enduring success. These innovators, disruptors, and visionaries have succeeded in impacting industries, and have built companies that are positively changing the way society operates. These talks are available on NICL’s Facebook page and websites.

The inaugural session, held on December 22, featured Usman Javaid, Co-Founder and CEO of Ricult Inc., who talked about his journey of establishing an agriculture technology start-up. This LUMS and MIT-educated innovator is transforming the agriculture sector by helping farmers escape the cycle of poverty, through the use of data analytics, which supports financial inclusion for smallholder farmers in Pakistan and Thailand.

The second talk on December 28, showcased the experiences of an artificial intelligence expert and NICL Advisory Board member, Dr. Ayesha Khanna, Co-Founder and CEO of ADDO AI. Named one of South East Asia’s groundbreaking female entrepreneurs, Dr. Khanna is not only a strategic advisor on artificial intelligence, smart cities and fintech to leading corporations and governments, but also a published author and a featured speaker at major financial and technology conferences. She spoke about Pakistan’s opportunity for advancement with AI and passionately advocated for gender parity in technology.

The third talk, held on December 30, with Qasif Shahid, CEO and Co-founder of Finja, a fintech start-up and member, NICL Foundation Council, had Mr. Shahid share how his company is digitally disrupting and democratising lending in a PKR 10 trillion Pakistani market with very low penetration levels. He broke the news about Finja’s successful US$9 million raise from bluechip fintech funds who have invested in Pakistan for the first time.

Additionally, NICL has further strengthened its Foundation Council (FC) with experts in agriculture, financial inclusion, e-commerce, and venture investment. The new members include Faisal Aftab, Managing Partner and Executive Director of Lakson Venture Capital, who has over 15 years of investment experience, and is a limited partner of 500 Startups, a Silicon Valley-based venture capital fund, and a Board Member of many Pakistan based start-ups, including Bookme.pk, MandiExpress.pk, KnowledgePlatform.com, Bagallery.com and Roomy.pk.

LUMS alum, Usman Javaid, Co-Founder and CEO of Ricult Inc., has also joined the FC. Mr. Javaid has extensive corporate experience in Pakistan with Engro, Nestle and Telenor, where he was part of the team that launched EasyPaisa.

Badar Khushnood, Co-Founder of Fishry.com, a B2C and DTC e-commerce platform empowering businesses and artisans across Pakistan, will also strengthen the FC, with his experience of co-founding Bramerz, a leading full-service digital media and marketing company. He was also the first domestic consultant to global technology companies including Google, Facebook and Twitter, and serves as an Executive-in-Residence (EIR) at LUMS where he is helping curate the MS in Technology Management & Entrepreneurship programme.

The Foundation Council, together with the NIC Advisory Board, will provide guidance to the Foundation Programme by helping coach, mentor and train its sixth cohort of aspiring entrepreneurs. At present 37 start-ups from Lahore and 20 at BUITEMS in Quetta have been inducted to NICL’s Foundation Programme, which comprises a redesigned curriculum delivered by LUMS faculty and international technical experts across six intensive bootcamps.

Funded by Ignite, the Foundation is an immersive six-month long programme designed to help young Pakistani entrepreneurs develop their ideas into an investor-ready business plan and benefit from a network of experts and business leaders, culminating in a capstone Investor Summit.