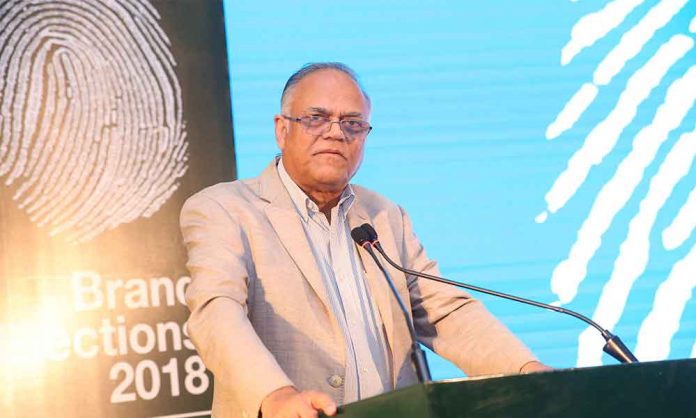 SANNA MALIK: In your opinion, what made PAA an effective body for the advertising industry? What made it work that seems to be lacking now?

JAVED JABBAR: Majeed Ahmad, Nafees Ghaznavi, and myself launched MNJ in 1969. About nine years later, in early 1978, I began to give voluntary time to re-organize the Pakistan Advertising Association (PAA) as the sole representative body of advertising agencies on the invitation of senior advertising practitioners including Mr. A. Ghafoor, Chairman, Adarts Advertising, and others.

In the previous years, the industry had gotten divided into two groups, yet by 1978, the differences were largely resolved and there was a consensus to work together. I was honoured to be elected as the Secretary General, PAA, and asked to lead the Pakistan delegation to the 11th Asian Advertising Congress held in Manila, Philippines in November 1978.

Pakistan’s participation in that Congress also acquired another dimension in strengthening PAA because, under the dynamic leadership of Antonio de Joya who was chairing the Manila Congress, several country delegations decided to create the Asian Federation of Advertising Associations (AFAA). President Marcos of the Philippines administered the oath of office to us and I had the privilege of being one of the first Vice Chairmen of AFAA.

The active contribution made by Pakistan, both to the Congress and to AFAA – had a positive impact on attitudes back home, which strengthened PAA. We increased membership and also initiated dialogue with other groups. A crucial decision taken to convene the first Pakistan Advertising Congress (PAC) from 3rd to 5th September 1979 in Karachi under PAA also acquired historic importance. For the first time in the country, all six sectors related to the advertising process including advertisers, advertising agencies, media, production services, government regulatory entities, and citizens or consumers of products and services; came together to identify challenges and formulate initiatives for progress. To stress that advertising was more than merely selling and making money, we adopted the theme, “Advertising and national development – challenge and response”, which was all-inclusive and relevant for the country.

The purpose of PAA was reinforced through the valuable and enthusiastic participation of the heads of advertising agencies, who were also members of PAA, as well as other members of the advertising workforce, particularly the younger generation of that time.

The PAC and events including exhibitions, musical concerts, social events, etc. that were created around the congress demonstrated that it is possible to bring people together for a shared cause. Most importantly, since all of the six advertising-process sectors were being represented, it enabled dialogue on matters of interest to each sector, including the need for building cohesive organizations and institutions such as PAA.

To symbolize the reality of poverty and austerity faced by a majority of the country’s population especially in rural areas and in urban slums, lunch served on the first day of the Congress was simply daal and roti, even though the venue was a five-star hotel. We invited eminent individuals such as the visionary banker Mr. Jamil Nishter and bold marketers like Mr. Khawar Butt to speak at the event and define the scope for how advertising could act as a positive force for progress, and not for the mere promotion of consumption.

What made the Congress work was the pure novelty of such an event taking place for the first time. A vital factor was the activism contributed by heads of agencies who were otherwise locked in cut-throat competition but who showed that for a larger cause, they were willing to cooperate and set aside competitive interests.

All such factors including holding the PAC and bringing the who’s who of advertising together for a greater cause contributed to making PAA an effective body.

About why that spirit of 1979 is lacking now – that answer should be sought from the heads of agencies active in 2022. More importantly, and food for thought: What is it that would bring them together and unify them for a shared cause?

SANNA MALIK: How was PAA structured back in the day that made it the active association that it used to be?

JAVED JABBAR: The structure of PAA in the late 1970s and through the 1980s was that of any conventional trade representational body i.e., each institutional member had to fulfill their rights and responsibilities by observing codes of professional conduct, by contributing an annual fee and supporting shared goals.

The fact will always remain that it is individuals who make the difference, regardless of changing circumstances. Even a handful of people in a sphere of say, fifty or hundred agencies can set an example if they are determined to take constructive action.

About ten years after the first Pakistan Advertising Congress, the PAA once again demonstrated the capacity to bring together all related sectors within the country and more importantly, internationally at the Asian level.

It was the PAA that took the initiative of enhancing the role of Pakistan at the international level by becoming a regular attendee of Asian Congresses held in Singapore in 1980, New Delhi in 1982, Seoul in 1984, and Bangkok in 1986. Our cohesion, consistency, and cooperation proved to be so effective that eventually, we had the honor of presenting Pakistan’s bid to host AdAsia in Pakistan for the first time in the competitive presentation held in Seoul. We secured more votes than Australia despite Pakistan being perceived rather negatively due to the prevalence of religious orthodoxy and Martial Law being in place.

The 16th Asian Advertising Congress was held in Lahore in February 1989. As the Chairman of the Organizing Committee, along with other members of the industry; we all contributed a substantial amount of time to the task of organizing the congress, while putting aside personal and professional business interests. I was also a Member of Benazir Bhutto’s first Federal Cabinet at that time.

The Congress became a fine example of collaborating and working collectively: There was a core group of individuals within PAA and amongst advertisers, media, and production services who were more than willing to prioritize the non-commercial aspects of the industry over personal business interests. The result was that even advertising veterans from other countries who attended AdAsia 89 in Lahore said that this was the best-ever AdAsia that they had attended so far.

SANNA MALIK: On what basis would PAA award membership to its agencies back then? Did any processes and policies exist within PAA that would gauge the health of prospective members’ businesses and business practices? Or would PAA help them create such practices?

JAVED JABBAR: The most effective feature of any agency for eligibility back then would be its accreditation with the All Pakistan Newspapers’ Society (APNS). This would signify minimal financial stability and credibility of the agency in question. Also, the experience and reputation of the proprietors or the heads of agencies, along with the industry perception of the agency’s services would also play a role.

Even though it was well-known that certain agencies indulged in unprofessional and unethical practices, they could not be excluded because; one, other agencies were unwilling or unable to present documented evidence to support any potential complaints that could be filed via PAA, and two, there was an unspoken consensus that someone should not be deprived of their business or their sources of livelihood because of perceived lack of ethics alone. In other words, regrettably, there was a willingness to look the other way!

Here I also want to emphasize that advertising agencies are the most vulnerable part of the advertising chain since advertisers and media dominate and control that chain. It is only in long-established and stable economies that professional associations are able to sustain investment in building their own institutional capacity, and even they have their problems.

Hence, PAA did not – or was not able to – develop its own internal institutional and human resource capacity to be able to help improve the business practices or the business volumes of its members.

SANNA MALIK: What were PAA’s efforts back in the day in terms of up-skilling the Pakistani advertising industry and taking it to the next level?

JAVED JABBAR: A major contribution to improving industry skills was the significant increase in interaction with advertising practitioners from other Asian countries and through reviewing the advertising output of other countries. We did this by regularly participating in events such as AdAsia every two years and by arranging for periodic reviews within Pakistan. A number of agencies had affiliations with international networks so the process of observation and skill enhancement was already taking place within those agencies and their overseas networks.

SANNA MALIK: PAA earlier derived mechanisms to support and safeguard advertising agencies, for instance introducing the minimum production tariff. Even if there were instances that certain agencies would decide not to follow it, it was codified and could have been referred to, if the need arose. Yet, ad agencies let go of these practices entirely, and then clients did not respect them either. How can industry norms be set again in a price-sensitive environment?

JAVED JABBAR: I had the privilege of proposing and drafting the framework for the first Minimum Production Tariff (MPT) adopted by PAA, which was circulated to advertisers and clients. This MPT set an industry standard, while greatly facilitating agencies in securing fair and rational compensation as well as fees for the content they produced. It was unfortunate that some agencies did not practice what they were publicly committed to, but that never weakened or invalidated the reality or requirement of MPT.

Even in more price-sensitive circumstances, like those that we are experiencing currently, better industry norms can be promoted and safeguarded if those at the helm at advertising agencies are committed to professional ethics and values. Also, advertising agency heads need to demonstrate leadership by engaging with clients with determination and confidence, while retaining their respect.