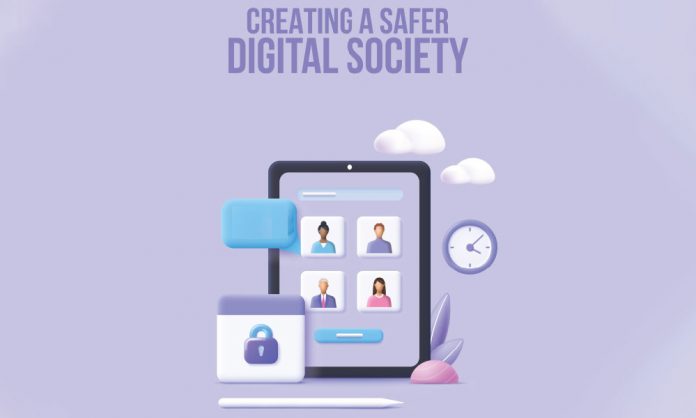 Pakistan has its fair share of struggles when it comes to shifting towards digital platforms. The gap between education and the practical world, lack of exposure, and disconcerting economic conditions are some of the major hurdles between Pakistan and digital development. The situation gives an even worse picture when rural areas are included since they make up more than 50% of the country’s population. Though most rural citizens have access to mobile phones, even fancy digital gadgets, and social media platforms; the challenge is to groom them towards safer internet usage and convert those people into an asset-base for a digitally-driven Pakistan.

As the forerunner of digitization and the internet revolution, Google has the ambition of equipping Pakistan with the knowledge and skills necessary to flourish in the digital world. Over recent years, the tech giant has developed numerous platforms to digitally up-skill the youth of Pakistan. Benefiting from them, the country is currently standing as the fourth largest freelancer hub and provides phenomenal services in the field of Search Engine Marketing, Social Media Optimization, Social Media Marketing, Search Engine Optimization, User Interface, User Experience, and many other areas. Keeping these developments in mind, Google forecasts a bright future for a digitally-enabled society in Pakistan if digitization is simultaneously expanded in both rural and urban areas.

The successful digital transformation of Pakistan can be predicted by the fact that in 2021 the internet penetration hiked to 54%.

The highlight of the project was its target to reach and train over 18,000 women from rural areas and enhance their digital skills with the aim that internet literacy and digital tools can help them shape their lives in a better way. In addition to this, the project planned to educate over 25,000 boys and girls to mold them into safer internet explorers by providing them necessary tools for digital advancement in Pakistan.

The search engine giant, Google, gauged the possibility and advancements that could be brought through this project. With its USD 475,000 grant to NRSP, through its philanthropic arm, Google.org, Google made it clear that it wants to participate in the proceedings that would help Pakistan excel in the world of digitization.

An opportunity to add PKR 9.7 trillion via digital technology

In November 2021, the pioneer of digital technology commissioned a report – Unblocking Pakistan’s Digital Potential. The report elaborates on the potential of Pakistan in the field of digitization. According to stats briefed by Google, the digital transformation has the prospective to grant PKR 9.7 trillion (USD 59.7 billion) to the country in the annual economic value by 2030, which sums up to 19% of the country’s GDP in 2020.

The Google reports have made such claims by looking at the current status of Information Technology growth in Pakistan. The country produces 25,000 IT graduates every year and is a hub for 300,000 IT professionals. Since 2010, more than 700 tech start-ups have successfully transformed themselves into potential companies. As far as technology exports are related, a growth of 15% has been recorded since 2020. By the end of 2022, the exports will reach more than PKR 610.8 billion (USD 3.5 billion). Yet again, these numbers can only grow and be retained when more digitally skilled people are given an opportunity from the rural areas.

Glaring the future of Pakistan in the digital arena

Google highlights that Pakistan can make its own identity in the digital ecosystem and could create significant economic value by concentrating on a few core technologies. Areas like Mobile Internet, Cloud Computing, Big Data, Artificial Intelligence, Fintech, Internet of Things, Remote Sensing, Robotics, and Additive Manufacturing have the ability to strengthen the digital framework in the country.

The successful digital transformation of Pakistan can be predicted by the fact that in 2021 the internet penetration hiked to 54%. But to convert the possibilities into concrete results, a significant effort has to be made for developing a supportive infrastructure for the local tech ecosystem. The IT exports would also require a conducive environment in order to give exponentially growing results along with the promotion of digital skills and innovation in the country.

Pakistan has always been known as a country that runs its economy based on agriculture. But if digitally educated citizens come forth, then there is no doubt that the country will leave a lasting and impressive impression on the digital universe.