That is what Magritte said when talking about his painting, “Ceci n’est pas une pipe.”, French for “This is not a pipe.”

It is not easy to put images into words and equally difficult vice versa. The purpose behind all philosophical ideas and communication is to bring abstract thoughts or the seeds of imagination to paper, or to sound synonymous with the times, to ‘digitize’ them (all hail MS-Word). Our tools for these “representations” are pictures and words. Being mutually exclusive is not an option.

Digitizing thoughts into glyphs or alphabets converts an abstract idea that exists only in the mind of the creator to images. Wait, did I write what I just wrote? I did. Did I write it with full comprehension? That is questionable. A pipe is not always a pipe simply because someone says it is. Then again, sometimes it is. What makes it a pipe or something more is what the copywriter claims. The caption makes the image relatable or not in advertising.

But what has Magritte, a French surrealist painter got to do with modern advertising you ask? Well, I’d say Magritte was among the people who demystified the idea of a metaphor – through image and words. I would go so far as to say that the futurists perhaps planted seed and the surrealists took it to space and beyond.

I’ll reword the abstraction above in a simpler manner.

Say, I were strolling along the road (secretly fearing a mugging) when I looked up and one of the clouds in the sky reminded me of a horse. The idea of the horse took root and I went back to my childhood where I could animate toys in mind and I realized, the horse was the fastest steed in the east and it went ahead and did wondrous feats of bravery, valor and ended up banishing a great evil. In the end, it got shot in the leg and had to be put down. Mercifully.

It is not easy to put images into words and equally difficult vice versa.

See what I did there? I created a story and then put it down on paper. The words that you are reading and just read are essentially images that translate the story from my mind and give my abstract thoughts an image in your head.

So the key, I suppose is how successful I was in translating my thought to words and then communicating them to you – the reader. If the reader understands what I just did here, I have been successful in translating the idea in my head and if they don’t get it, I have clearly failed.

Such is the idea of communication. In order to make someone understand something, you have to speak in a language they understand. No two ways about it. But often in this world of advertorial communication, we have to teach people languages that they are simply not aware of. Languages, products, services – it’s all the same. We sell, they buy – some lose money, some make lots of it and the world is a happy place where consumerism is king. All hail MS-Word!

This is where it gets complicated.

So in essence, language is communication and communication is language. In the case of the advertising industry, the language we use to communicate is much more complex. We use images in tandem with words to say what we really mean.

Every single advertisement contains images and words. The images and words are translated in the mind of the viewer and are structured to leave an impact. If they leave an impact, we consider it as success and the lack of it is considered a failure. But it is not as simple as that. We are essentially treating the mind of the consumer as a playing field where we are playing a game with the consumer’s rational intellect. The goal of the game is to generate a need for the consumer to buy what we are selling through advertising.

In “Century of the Self”, Adam Curtis maps out the history of modern advertising and consumer culture. It is a masterfully crafted documentary that identifies Sigmun Freud as essentially the inventor of advertising and communication as we know it. Curtis tells the story of how psychoanalysis influences PR culture, consumerism, commodification and eventually, governance. Essential watching for anyone associated with communication, advertising or marketing.

In order to make someone understand something, you have to speak in a language they understand.

Paul Mazur a leading banker of his time and one of the people being cited in the film has said, “Any community that lives on staples has relatively few wants. The community that can be trained to desire…to want new things even before the old have been entirely consumed, yields a market to be measured more by desires than by needs. And man’s desires can be developed so that they will greatly overshadow his needs…Human nature very conveniently presents a variety of strings upon which an appreciative sales manager can play fortissimo…Threats, fear, beauty, sparkle, persuasion and careful as well as wild-cat exaggerations were thrown at the American buying public as a continuous and terrifying barrage… And so desire was enthroned in the minds of the American consumer, and was served abjectly by the industries that had enthroned it.”

I find it amazing that Mazur, in 1928 essentially summed up the human psyche and its susceptibility to suggestion and desire through advertising. But if you really think about it, as per the Book of Genesis, the very first successful sales pitch performed on humankind was in the Garden of Eden. On Adam and Eve, no less. The very first product ever sold was an Apple (thank you Steve Jobs). And look where we ended up. I think it would be safe to say that the entire advertising industry is doing the devil’s work. Carry on ladies and gentlemen. Carry on indeed.

Pardon the digression, it couldn’t be helped.

So what are we doing in our communication anyway? Are we creating needs? Or are we simply fulfilling them?

There is no straight answer to any of the questions above and whatever answers we do have, require many more pages to justifiably elaborate. So in short, in order to apply our craft – we must understand the greater context. The greater context in this case happens to be an understanding of what words and images truly mean when we present them to the consumer. We need to develop a deeper understanding of visual language. And we simply cannot do that without understanding the history and academics of our craft. No wonder we haven’t really moved beyond family montages, idyllic monologues and pointlessly choreographed (lately Indian) pretty faces. 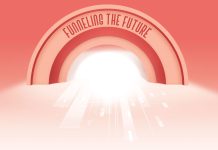 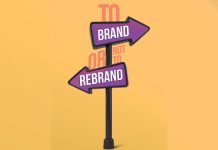 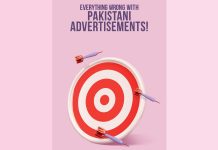 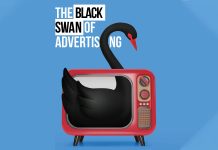 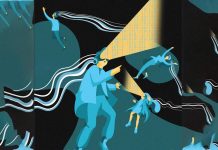 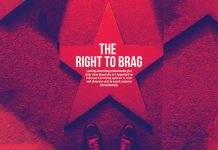