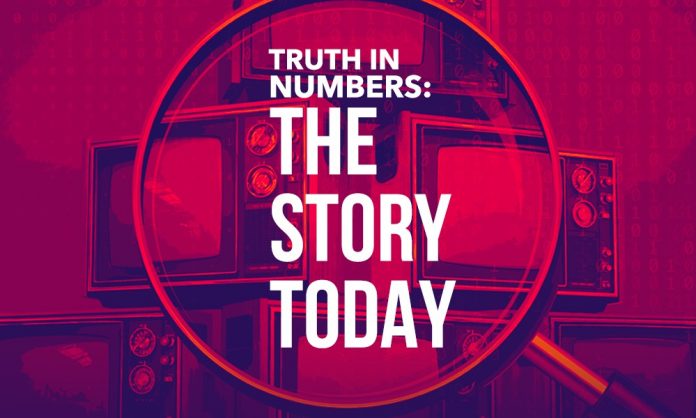 In 2019, we spoke to a senior representative of M2 Pakistan – A Specialized Media Audit Firm, who highlighted the importance of check and balance through specialized audit for growth in the ad industry.

Fast forward to 2020, and we ask him if media audit has become a more acceptable solution to retaining check and balance in Pakistan’s media industry.

When we spoke in 2019, advertisers would be looking for the lowest spot rates in terms of media buying for TV instead of the highest number of GRP’s reaching the right audience from a given budget. What is the situation currently?

Media Auditor: The situation has not changed as much. I recently saw a few articles on change of agencies where it suggested that the media account moved based on the lowest media rates. On the other hand, advertisers strive to bring transparency to their media supply chain by improving how they buy media.

“Media Audit is still in its infancy versus the Media Agency business, which has been in Pakistan for over two decades.”

Has the media planning function been given any higher weightage than media buying?

Media Auditor: If the media accounts are moved based on lowest media rates, you can assume where the weightage is currently. What has improved is the emphasis on what media buying is delivering in terms of quantity of media and less on quality through media planning. As media auditors, we see more FOC (free of cost) spots and values received by the advertiser in the media plan. Whether they get aired or not is a different story. The FOC spots are quantified in the Pakistani Rupee value. Hence the advertisers are happy as far as media plans include them and show as Savings.

TV channels have been suffering from inefficient business practices as well as putting media buying agencies in the driving seat. Fast forward to today, how has the scenario changed in the past 2 years?

Media Auditor: Historically TV Channels in Pakistan focused on the volume of business received from the media buying agencies, which created a massive void in the relationship between the channel and the advertiser. The situation continues to exist where the TV Channels are dependent on these agencies for advertising volume and, in the process, has allowed them to dictate not only the discounts on media rates but also the AVB (added value benefits), including bulk discounts and discounts on payments. In search of more significant volumes and for ease of business, TV Channels created media rate discrepancy in the market between media agencies causing advertisers to move to the two big Media Buying Agencies based on Media Rate discounts, so today these agencies have more power to dictate the terms.
A few solutions to the situation can be fixing media rates across the board and implementing a process where all PBA channels receive payment directly from the advertisers. The relationship between PBA and PAS needs to be strengthened in order to bring correction to the media industry.

“In search of more significant volumes and for ease of business, TV Channels created media rate discrepancy in the market between media agencies.”

In terms of bringing transparency to media transactions in the Pakistani media industry, how much of it turned into a reality in 2019 and afterwards?
Media Auditor: Although it’s a slow process, however, in search of media efficiencies, the advertisers are moving towards transparency of the media supply chain. Media Audit is still in its infancy versus the Media Agency business, which has been in Pakistan for over two decades. With more complexities in traditional media, the advent of digital, and the increase in media budgets; the demand for transparency continues to increase from the advertiser’s marketing, media and finance departments.

How is the situation now?
Media Auditor:The complexities of digital media has made it much worse. Advertisers around the globe are navigating to reduce ad fraud, gathering verifiable digital data, understanding the digital supply chain, and bringing transparency to the financial cycle and money trail. Pakistan, in this regard, is no different. With the growing digital budgets, there is a need for greater transparency.

“If the media accounts are moved based on the lowest media rates, you can assume where the weight age is currently. What has improved is the emphasis on what media buying is delivering in terms of quantity of media and less on quality through media planning.”

Stay tuned for more to Synergyzer!