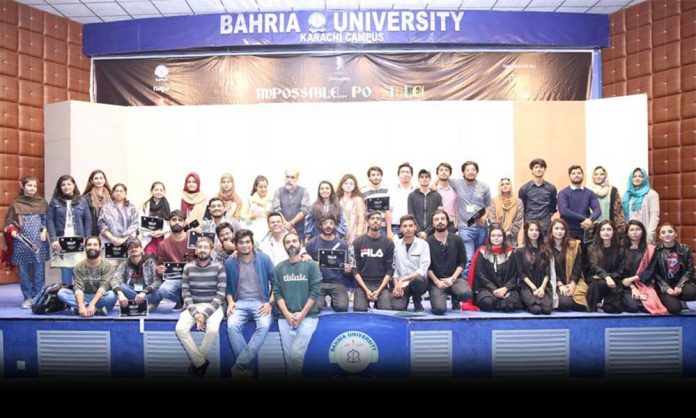 Karachi, Pakistan: The National Academy of Performing Arts (NAPA) collaborated with students of Media Studies department, Bahria University Karachi Campus (BUKC), to perform a theatrical event named ‘Revue’ based on social issues. The event constituted of two theatre performances at Al-Beruni Auditorium in the University. The event’s Chief Guest was Mr. Zafar Meraj, the writer behind Pakistan’s popular screenplays including ‘Muqabil’ and ‘Inkaar’. 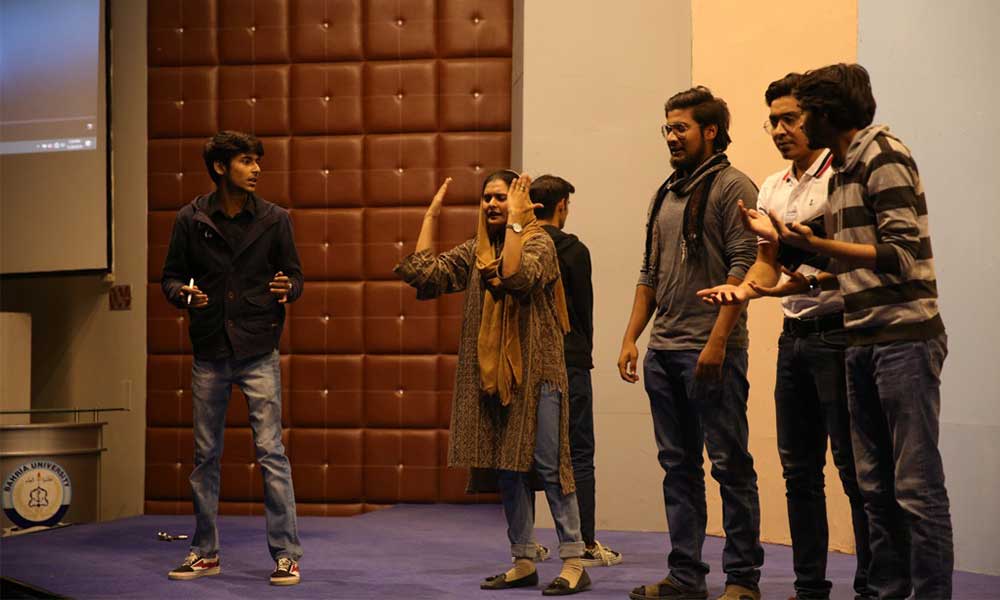 Revue started off a month ago in the university when they invited a mentor, Zakiullah Khan, a NAPA graduate, to teach the students basics of theatre. After a short course, the participating students were made to develop a 10-minute performance to be staged at the main event day, along with theatre titles, “Impossible… Possible”, performed in collaboration with NAPA and ZAHRSSS Productions.

The event opened with the BUKC students’ performance trained by mentor, Zakiullah Khan. Their 15-minute play focused on highlighting social issues like political rivalry and acceptance in society in a creative and humorous manner. This play centrally displayed how media portrays these issues in Pakistan and was well-received and appreciated by the audience. 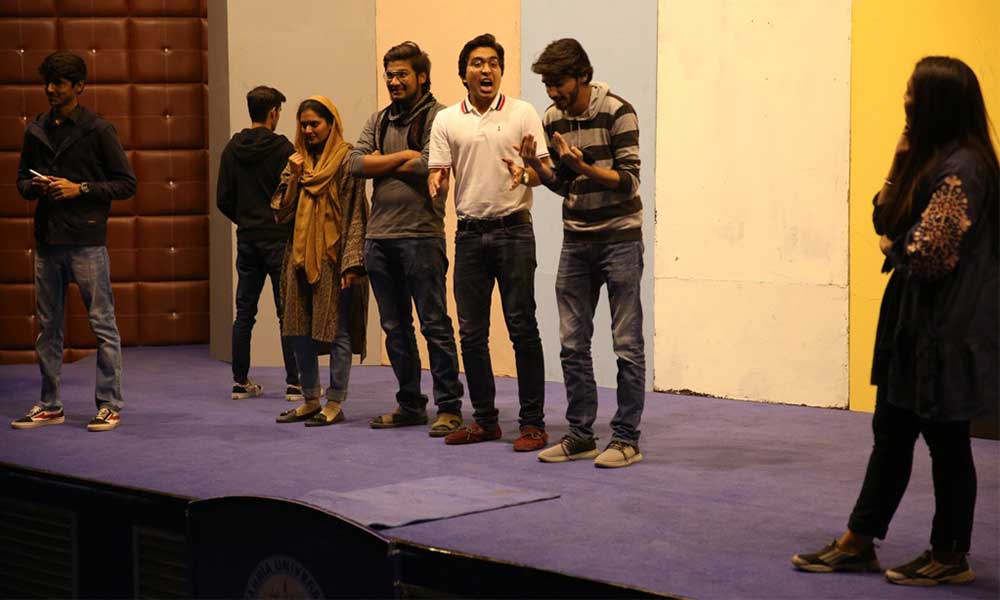 This was followed by NAPA’s 45-minute performance that had a series of differently themed plays based on social issues. The first play featured four characters representing different cultures of Pakistan with a comparison of their interpersonal relationships in present time and in the past, highlighting the importance of unity. This act was followed by more comedic representations based on the themes of match fixing, strikes, civic regulations and breaching of laws. The theatre was culminated with a heart-touching performance on a national song encouraging small acts of kindness that makes a society a better place to live.

The Chief Guest, Mr. Zafar Meraj, was then called upon on the stage to present the ending note during which he expressed that, “I believe one is mature when one is associated with theatre by either performing it, organizing it, or watching it”. Mr. Meraj presented the souvenirs to Zakiullah Khan and his team while certificates were distributed to BUKC students who took part in the workshop.

The audience appreciated the event throughout the performances with applause and encouraged the young performers through standing ovation in the end.