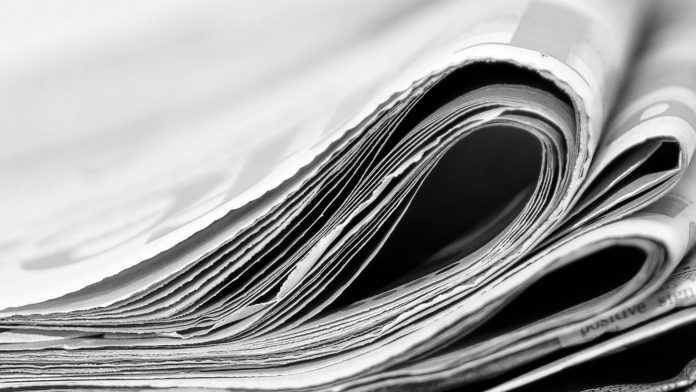 WHAT IS PRINT MEDIA CURRENCY?

Being marketing professionals, we are all familiar with the concept of GRPs – Gross Rating Points – that serves as the common currency for electronic media buying. However, for print media (newspapers and magazines) we don’t have GRPs available. Earlier in 1950’s marketers used to allocate their print media spend based on circulation numbers, which could not account for multiple readers of the same copy of any newspaper or magazine. Eventually in the 50’s researchers in Britain came up with the idea of a “National Readership Survey”, commonly known as the NRS.

NRS is aimed to provide marketers accurate reach of all print mediums that could be used as print currency to allocate print media budgets accordingly. Globally, NRS is conducted either using recall based methodology or through the Diary method. In most countries, NRS is carried out using a nationally representative sample although the frequency differs from monthly to yearly in different countries.

I believe two markets can illustrate a good example for Pakistan. UK, which pioneered the survey can be a good benchmark; and India, being a closely similar market.

First, it is worth understanding how the NRS in UK is organised. The following three associations have formed a not for profit organization, NRS Ltd., which is governed and largely funded by these three stakeholders.

A clear indication here is that all key stakeholders i.e. print media sellers as well as buyers are aligned, which helps establish NRS as the only print media currency in UK.

Next, we look at how NRS UK is conducted in detail and what it provides. This will help us understand what is missing in our market.

34,150 interviews a year with adults aged 15 plus. The sample respondents are selected randomly.

It is a continuous survey and the fieldwork is carried out 12 months of the year, 7 days a week with face to face interviews being conducted at respondents’ households. The interview uses the Double Screen CAPI (DS-CAPI) technology through which all prompt material is shown to participants on a tablet screen that is controlled by the interviewer’s laptop via a radio link.

All participants are offered a £20 gift voucher.

The data is calculated to form the AIR score for a particular publication. Deliverables also include average number of readers per copy of a publication, which are calculated using reach and circulation numbers provided by the Audit Bureau of Circulations (ABC). Reader profiles are also a key part of the standard deliverables. The data is delivered on a quarterly basis.

I covered NRS UK in great detail for benchmarking the print readership survey of our market  using methodologies that can be learnt from it. However, reviewing Indian Readership Survey (IRS) is equally important as our market and the methodologies we are using are quite similar to India.

IRS is conducted by MRUC (Media Research Users Council) and RSCI (Readership Studies Council of India). IRS is done as a Single Source Study i.e. in the same survey, brand consumption of more than 100 FMCG’s, service sector products and durables are analysed; and detailed media consumption of almost all key vehicles including TV, radio, internet and print is covered. The interviews are conducted using DS-CAPI method as face to face interactions at respondents’ households. A huge sample of over 235,000 interviews is conducted every year of individuals aged 12+.

The fieldwork is conducted almost throughout the year i.e. ten months while data is delivered to the subscribers on a quarterly basis. India also uses “AIR” as its print currency, only it is calculated based on how many individuals read or looked at a newspaper within the last 30 days or read or looked at magazines within the past year. Hence, IRS follows milder readership criteria versus UK’s NRS.

One can expect that with such a huge sample, the results would be well accepted and respected by all stakeholders. Yet, as I mentioned earlier, our markets are very much alike even in case of problems: The last results released in January 2014 received a flood of criticism by 18 major print media houses who challenged the results to be inaccurate with doubts cast that the data was rigged. The research revealed that overall readership had declined from 353 million to 281 million readers, with certain newspapers standing out as market leaders in areas other than their base towns. This fiasco escalated so much that some publishers actually took stay orders from the court demanding the results to be withdrawn.

A committee was formed to revalidate the results which confirmed that there were some problems with the data since certain interviewers’ failed to capture responses accurately. However, MRUC was able to get clearance on the data and the abeyance got lifted in August 2014. This was done with a disclaimer that the results should not be compared with the previous waves, as earlier data was based on Census 2001 and the latest release was based on Census 2011. Knowing this backdrop, we can review NRS in Pakistan to see where it stands compared to these markets.

As far as I know, the first NRS was conducted in 2006 in Pakistan by the international research agency MEMRB, which is now a part of Nielsen after acquisition. MEMRB later made NRS a part of their single source study called “Consumer Multimedia Index – CMi”, launched in 2008,  commissioned and endorsed by Pakistan Advertisers Society.  A number of efforts were made to take major publication houses and media buying houses on-board before the study was executed. This study was initially conducted bi-annually with a sample of 10,000 respondents in urban Pakistan but later on, in 2010, its frequency was reduced to being an annual survey. This reduction in frequency was traded off with an additional sample of 5,000 interviews covering rural Pakistan. Since 2012, Ipsos Pakistan has been conducting this study after acquisition of MEMRB by Nielsen and the latest results for the period 2014-15 are available, covering a total sample of 15,000 respondents aged 12+.

The results are released as an annual report only. The print currency is based on daily, weekly or monthly reach, but in most cases, media planners work with the monthly reach only whose underlying concept is similar to what India is following for its newspapers. AIR is not used in Pakistan; yet during the last decade, NRS has been conducted by other agencies, Oasis-MRB, for instance, but none of these studies were registered as the print currency which is why I have chosen to discuss CMi to compare our NRS with other markets. In order to identify the gaps, both Pakistan and India are compared with UK as presented on the facing page, where phrases accompanied by an asterisk (*) indicate areas of improvement with respect to benchmarks.

The table below shows areas of improvement in national readership surveys of Pakistan & India, marked with an asterisk (*), compared to UK as the benchmark.

Whether it is increasing the sample, adopting DS-CAPI method, introducing incentives for respondents or introducing practices to standardize any other factors; every such upgradation depends on how much money the industry is willing to invest in order to develop a state-of-the-art print readership measurement system.

On the other hand, inducting media buyers and sellers formally in the NRS regulatory authority; having a fresh census conducted; carrying out regular media audits and obtaining correct estimates of circulation numbers involves a great deal of politics.

However, I do believe we are on the right track given our limitations; having an adequate print currency even if it is not ideal! 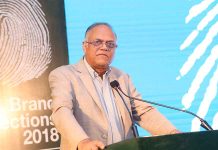 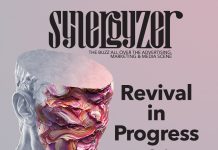