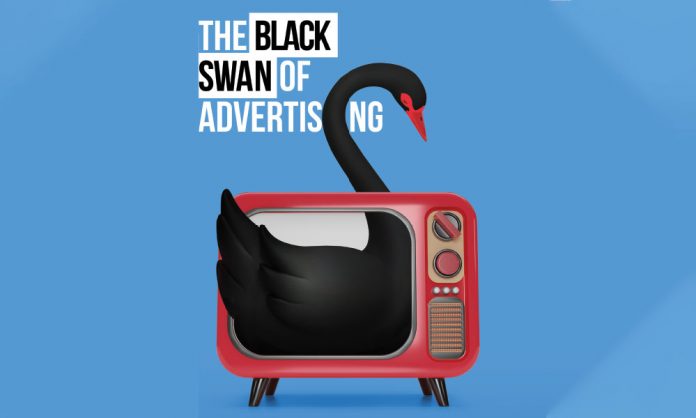 The nature of water is mesmerizing. Whether you pour it in a round glass, a tall jug, spill it on the counter or store it in a bottle, it will adapt according to its surrounding. Sometimes it’s cold, sometimes it’s hot, and sometimes it’s just room temperature. This is a very fascinating phenomenon when you think about it. Similarly, dance molds into any form of expression. That is the strength and beauty of this art. Unfortunately, this is the basic knowledge that we lack about performing arts in advertising. Dance is still categorized as a red-light activity in our society and those who indulge and devote themselves to it are not given a lot of respect.

Advertising and dance hand–in–hand can make wonders happen when done the right way. It can bring people to their feet and make them groove to its tune while embedding a brand into the consumer’s mind. It’s like watching a musical which is entertaining yet it has a story to tell. So why can’t we join both together and create impactful advertisements?

Currently, what we find usually are ads like the Gala Biscuits one with Mehwish Hayat dancing around aimlessly. A very desperate approach by a brand to look cool and convince people that they emit happiness, it only made us cringe to be honest – big time!

Then, how can we expect anyone to connect when the concept itself was brainless? What are we trying to tell people when it was not thought out clearly by the people who created it?

Shaking a leg or two and adding the same auto tune with repetitive beats and approach is just going to make your ad a part of a long line of existing and forgotten attempts. It is sad to see that even the choreographers who had been a part of these projects weren’t able to do anything.

It seems as if we are desperately trying to veil the reality of how much hard work goes into doing tasks like cooking and dish washing by singing and dancing.

There are two reasons for that. One, the talent casted in these ads – whether established or budding – are not putting in enough work that is required to master the movements which would make it look appealing, followed by the backup dancers who usually are going haywire too. There is zero synchronization and when there are no ideas on how the dance moves can be carried out, we fall back on to a few male dancers who will bust their power moves in solo surrounded by a highly enthusiastic crowd which we usually encounter in a club or party. Reason number two, the self-proclaimed choreographers who are highly celebrated in our industry repeatedly do that one thing that got them the limelight and continue with it for every other ad. There are no fresh moves, no effort and certainly no attention given to the piece that is being choreographed. With all due respect to whoever is offended by this, for goodness’ sake please look around and give the people who actually hold knowledge and expertise in the matter a chance so they can show the people of Pakistan that dance is no joke.

Most of our homes are against the idea of their sons or daughters being anywhere near dance, and as much as it hurts to say this, I wouldn’t blame them. How do you expect them to see dance in a new light when they don’t get to see its full potential? They still believe that dance is shaking your body to seduce a man and inappropriate gestures which are all pointed in one single direction. If we connect advertising and dance properly with thought through and prepared choreography, chances are even those who don’t approve of dance will feel somewhat glad when they see it shifting from the wrong notion to a respectable one. I mean come on. How many women dress up and dance around while cooking in the blazing heat of their kitchen? Tossing in ingredients like pillows without a drop of sweat on their face? Or a wife, singing to her husband about her amazing dishwashing liquid when she has an enormous pile of dirty and greasy dishes stacked in the sink? The best part – it does not take a single second to wash all of them! It seems as if we are desperately trying to veil the reality of how much hard work goes into doing those tasks by singing and dancing, which I know for a fact no one believes in.

What we really need to acknowledge is that our audience is smart, they know what they want to watch and this is definitely not it. They do not wish to see random people jumping up and down on their screen, forcing the product upon the audience. People want to watch ads that are using the art of dance in proper context and with the right style of movement. It takes a person exactly five seconds to judge if a particular ad is worth their time or not, and the moment they see random dance shots with no link to the product, they bail.

One good example of how proper movements can be carried out is the Protex commercial, in which simple hand gestures were linked after being properly planned and choreographed according to the nature of the brand. It fulfilled the purpose of what the brand wanted its audience to understand – the proper way of washing hands, which embedded Protex in consumers’ minds at the same time.

Just casting someone because they are renowned is not the way to go about it, rather it needs to be checked properly that the person is capable of pulling off the routine that would be required of them; versus caving into the fact that the person they are planning to cast is a ‘big shot’, and we have to work according to them.

Celebrities featured in ads are also often not up to par. They may claim to be actors or actresses, yet do not quite know how to perform properly, which is their duty. If they wish to work on-screen then they must put in the time and effort needed to be able to dance, instead of choreographers having to dumb down their beautiful piece of art to adjust to the sloppiness of the actor or actress in question. And this is also something brands and advertising agencies should take note of. Just casting someone because they are renowned is not the way to go about it, rather it needs to be checked properly that the person is capable of pulling off the routine that would be required of them; versus caving into the fact that the person they are planning to cast is a ‘big shot’, and we have to work according to them. No! The ad industry needs to stop compromising on the quality of dance or execution – this is affecting brands which are being represented and is disrespectful to those who take dance seriously. Dance is a proper profession. Around the world there are millions of people who have reached top positions as choreographers and performers, and are changing the game of dance as we speak. All we have to do on our parts is put in effort and not compromise.

Dance is a beautiful form of art which has the power to persuade and the freedom to express. It is a tool that has the authority to hold a person’s attention with its royalty and entertain the audience with its aura. A dancer performing is as mesmerizing as the colorful sky when a sun sets with orange and mustard hugging each other and hues of pink, purple and blue dancing along their way to sleep. Let us understand the potential and value that dance brings to the table and take hold of the power that it presents us with. And… 5, 6, 7, 8… cut!