Pakistan Cricket, huh? In the past 2 weeks, Pakistani fans have been through a rollercoaster ride of emotions; the bizarre team selection, resignations from the coaching staff, witnessing a new era under the regime of Ramiz Raja, and then, the traumatic nostalgia from 2009 when New Zealand chose to abruptly cancel the series and leave over security concerns. The series, coming to an unanticipated halt, was indeed the final nail in the coffin and has surely left heavy hearts across the cricket fraternity. What becomes PCB’s next course of action against the ICC or the NZC remains to be seen, but we’re sure to witness new strategies to rejuvenate international cricket in Pakistan once again.

However, is Pakistan’s exile from hosting international cricket the only reason for our sharp decline? We’ve got the right amount of fans, which was quite evident when New Zealand chose to leave causing the social media to erupt with a wave full of emotions. We’ve got the resources, which keeps bringing us fresh, raw talent in a new set of cricketers every time all seems lost. But what about positioning, or rather brand-building of our players that places them on the global radar?

Read More: Here’s Why Money Heist Is A Great Example Of Creative Activism

India & its interaction with cricket

Let’s reflect on our neighbor’s success. India has a stronghold in the ICC. From its Board of Directors to the Cricket Committee, an Indian personality holds a major seat. The Indian Premier League (IPL), an elusive cricket tournament is arguably the giant when it comes to league cricket. But what caused this change for the BCCI to become a cult in cricket? It all comes down to brand-building.

One of the most common tools, or rather an asset in advertising is celebrity endorsement. It is the safest way to tell your consumer, “Listen up shmuck! If I’m using it, it’s perfect!” The romance of celebrity endorsement and advertising has been strong for centuries; it all started in 1760! Guess what? It still stands pretty strong. In the subcontinent, after actors and singers, we tend to follow in the footsteps of cricketers. After all, cricket is what our life revolves around.

When it comes to India, we’ve seen them endorsing cricketers like a boss! Cricketers have been involved in the big boys’ league, such as the Pepsi vs Coca-Cola wars. We had Sachin Tendulkar, Saurav Ganguly, Rahul Dravid, MS Dhoni and so many more owning advertising, and later passing the torch to the boys who have now become men; Virat Kohli, Rohit Sharma, Ravindra Jadeja, Jasprit Bumrah, and the list goes on.

Read More: Mentors Or The Lack Of It In The World Of Advertising

Pakistan was never far behind. Remember the Pepsi ads, which starred the big guns such as Imran Khan, Wasim Akram, Waqar Younis, Javed Miandad, down to Younis Khan, Shoaib Akhtar, Abdul Razzaq, and of course, the El Supremo of advertising; Shahid Afridi! Unfortunately, after Shahid Afridi, and a little bit of Shoaib Malik, the torch was never passed on. We seldom see any sort of regular endorsements with a young, new cricketer (thank you Surf Excel and Head & Shoulders for giving the young boys some limelight).

What does this do? Things go “Blue Blue” for our cricketers and their brand building. Their screen time is only limited to their performances. The cricket fraternity, locally and globally, does not recognize these upcoming stars. They get lost on the radar. This impacts on building a personality for these cricketers. This has an impact on broadcasting. Broadcasters prefer to invest in series they know the world will be keen to watch (basically, the Big 3). Apart from advertising, our cricketers lack screen time on electronic or social media as well. One of the major reasons for that is the language barrier. We can’t just keep on having Wasim Akram in every advertisement or interview, and continue showcasing him as the one true legend that our land produced.

Don’t get me wrong, money obviously plays a huge role in this. It is probably why the IPL stands to be a far bigger league than the PSL. But brand-building becomes essential to be recognized. A prime example comes from Bangladesh. Despite being the dark horses of cricket, they have identified and invested in a few players who’ve developed a brand image for their team, like Shakib Al Hasan. From condoms to diapers, Shakib Al Hasan features in almost every ad. This impacts the team and the country.

From the moment you land in Bangladesh, to the moment you reach your hotel, you’re bound to see good ol’ Shakib on every other billboard. You’ll be hearing him on the radio. He’ll randomly pop up out of nowhere on your TV screens, or on an unskippable ad on YouTube. You develop an association with him. And the next time he’s playing in your country, against you, or for your favorite team in your league, you know who this guy is.

The PCB is bound to take new steps which might rejuvenate Pakistan Cricket under Ramiz Raja. We might see hefty fines against NZC, or maybe a boycott in the World Cups, who knows?! But apart from investing in the domestic cricket structure, or the PSL, which is equally important, it is also crucial to identify players and hold brand-building sessions to groom and shape their personalities, and give them the limelight they deserve.

Once they’ve got that mojo, brands will be running after them for endorsements. And this particular step is very important. After all, you can’t just have a shy Babar Azam only scoring runs, or a smiling Shaheen Shah Afridi just taking wickets. You need to give them a personality that makes the crowds roar wherever they go. 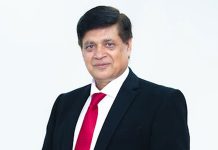 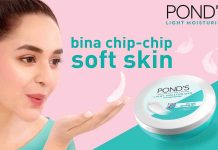