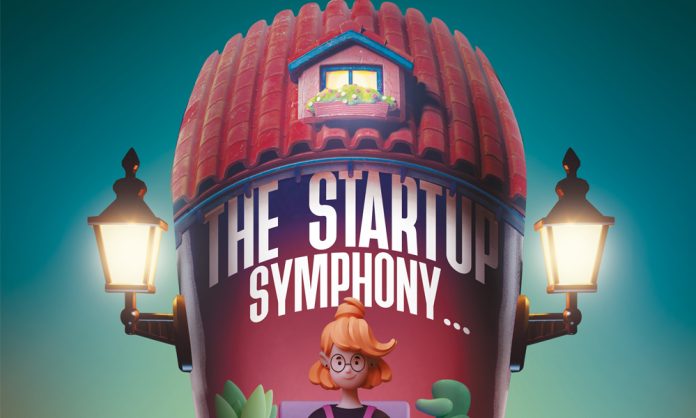 Running any business is no easy task, running a business while constantly raising money from external investors is a completely different level of complexity. Welcome to the world of startups, where pretty much all the participants are always in a race to grow the business while raising funds to sustain the growth and revenue.

This is a constant dance between metrics, operations, human resources, and financial planning (though in my personal opinion, the meticulousness of planning is sometimes questionable) and the speed of all 3 combined. It’s like a dozen levers that need to constantly be tuned and adjusted to keep a balance of sorts and that is the real challenge.

The Pakistani startup system is no different. A vast range of companies exists, at different levels of funding, growth, success, and even prestige. Some startups are ‘cooler’ than others and just having their name in your Linkedin bio is a bragging right of sorts (irrespective of the fact that you were fired or left on your own).

While all the way up to early 2022, most announcements were regarding fundraising rounds, while most of the second half of the year has been overshadowed by news of a different kind, layoffs, winding ups, and scaling back of operations, while others introduced additional revenue assurance mechanisms.

In the course of the last few months, multiple startups have pulled back while the word on the street, is that even VCs are being very careful about deploying any additional capital considering the global economic crisis. Compounded with Pakistan’s own economic challenges, that doesn’t sound great for Pakistan’s startups.

From those that pulled out completely, Airlift, the startup that was being touted to be Pakistan’s first unicorn seems to have been the biggest casualty.

Careem scaled back on some business lines they were exploring, and SWVL pulled back from mass transit and decided to stick to inter-city transport alone. Vavacars and Carfirst both pulled out completely from the market. These are the ones that actually made their moves public. There are several other ventures, both large and small that had to change operations, pull out completely or downsize their teams without making any public comment.

Each has a different story to tell. From how they scaled to how things went down in a window that coincided with others.

In logistics terms, SWVL and Airlift both launched in Pakistan within a close time frame to each other. While it is difficult to say with conclusive evidence which one was more successful, Airlift definitely had a more aggressive branding strategy.

Along came the pandemic and both of them scaled back their operations extensively in a wait-and-watch mode. Airlift decided that the pandemic and the effects of the pandemic would be long-lasting and they made the pivot to Quick Commerce, focusing on instant grocery deliveries and grew extensively.

SWVL on the other hand, re-launched with greater aggression in Pakistan post-pandemic, launching in multiple cities and also offering an inter-city service. On June 2, 2022, however, the leadership decided to significantly reduce its offerings in the Pakistan market.

Airlift, on the other hand, launched as a bus-sharing service to address the lack of convenient, comfortable and cost-effective public transportation in 2019. After the Covid-19 pandemic hit, they decided to move to instant groceries. The model scaled very quickly with multiple dark stores serving many parts of the target markets 24/7 and thousands of riders earning their livelihoods through earnings via Airlift. The model was a success with Foodpanda launching Pandamart in close proximity.

This led to Airlift also launching international operations in some South African cities.

In May of 2022, Airlift decided to scale back operations to create an additional runway for business continuity and in June 2022, the decision to close down shop completely was taken. Financial insolvency was cited as the core reason, however, there appears to have been a common thread amongst the industry that the company was not very responsible with the management of its expenses, and while it is fairly normal to incur losses in order to grow faster, it seems that the costs absorbed by Airlift were significantly higher than what many people in the market are willing to pay for some services and products.

While we cannot comment on whether this was a key driver in the decision to not continue funding the operations by the investors, we do know that the investors decided to pull back and this resulted in Airlift being unable to continue their operations.

Vavacars was backed by the Dutch petroleum group Vitol and had operations in Pakistan and Turkey. Vitol also had investments in local petroleum storage and distribution company Hascol (which ran into another set of legal challenges in Pakistan earlier in 2022).
Vavacars operated as a marketplace model to buy and sell used cars and to standardize testing in the ‘used car’ market. While other companies like Pakwheels and OLX also launched their own car certification models, Vavacars went ahead and actually arranged for the transaction with an offer within an hour. After five years of operations and branding, June 2022 saw the demise of Vavacars as well. While it’s worth noting that Vavacars continues to operate in Turkey, it is pertinent to note that in June 2022, they might have been facing pressures to manage costs more effectively considering the slide in the USD – PKR values and the economic uncertainty surrounding the market generally, possibly pointing towards a sharp decline in car purchases and a sharp increase in prices (of both cars and fuel).

While CarFirst too operated for over five years and they were well-funded by the EMPG group and others, the long-term viability of the CarFirst business model was called into question with the shuttering of Vavacars, which lead to closure as well within a few days of Vavacars folding operations from Pakistan.

Both of these companies wanted to change the way cars were bought and sold in Pakistan and this meant creating changes in public mindset and acceptance. This is no easy task and the amount of time it took to be reasonably cashflow positive is not at all unrealistic. Not to mention, the car market in Pakistan is very grey, with a lack of standardized processes that affect transparency in pricing. The operation itself would be very capital intensive with a lot of cash being locked up in the purchase of the cars themselves and then maintaining and managing an operation to sell them after some possible value-addition/enhancements.

It comes as no surprise though that in view of a poorly performing economy faced with a sharp decline, there are limited avenues to success that may cause investors to pull out of the market.

Between SWVL and Airlift, there are two common themes that come into play. One common theme that appears is while all of them extensively funded growth by deploying ‘blitzscaling’ techniques, the same is not always a good idea if done without keeping the stability of the growing user base in mind. One simply cannot scale effectively by pure acquisition, without driving repeat user behaviour to ensure profitability on a consumer level. This is the one challenge that will always hit consumer facing companies.

The second, and equally important aspect, is the ability to build and maintain positive unit economics. Each order must remain profitable. The desire to scale faster often tempts founders to grow very fast and take the risk of running losses to grow, but such an act is a very careful and balancing act between maintaining on two fronts, horizontally, across customers, and vertically, across the depth of services to customers. If orders aren’t positive, no customer will ever break even, and simply the cost of covering the losses on orders will eat up all profitability.

In the case of Vavacars and CarFirst, they seem to have been impacted strongly by the high cash lockup nature of the vehicle acquisitions (or acquiring debt from the public and locking in liabilities + financing costs) and then operating in a non-transparent market to try and sell those assets.