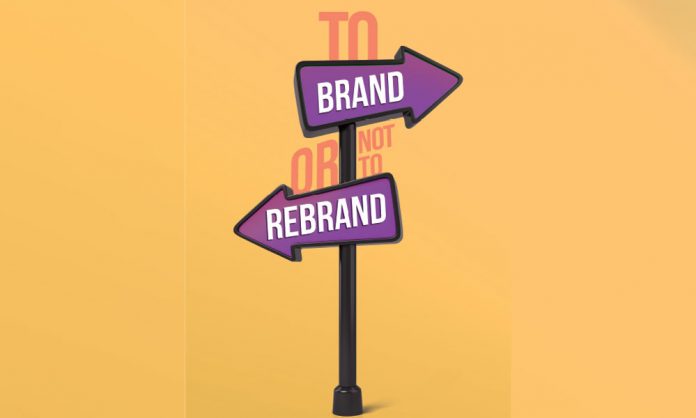 In a world where survival-of-the-fittest is a principle that has driven civilizations forward, brands aren’t far behind. Confronted by the need to constantly evolve, successful brands keep shifting gears in terms of their personality, identity, message and even by simply exploring various dimensions of their core beliefs in the form of advertising or marketing campaigns. However, their tendency to embrace versatility does not always end up in the right place and if not approached effectively, brands can find themselves in an identity crisis or a state of confusion after changing their branding and communication approach.

A brand is the core identity of any business, comprising of all the ideals, values, beliefs, characteristics and personality traits of the company, reduced to a specific set of recognizable standards. No matter how well a business builds its identity, they are still vulnerable to crises – eventually succumbing to the natural pressures of ageing, or failing to meet evolving audience standards consistently. In such cases, it is a good idea to ‘rebrand’, by either giving brands a new look or voice, or modernizing their existing identities. However, it is important to acknowledge the fact that if done at the wrong time, rebranding can jeopardize the brand’s image. That’s why the first step in rebranding is to determine whether a brand really needs to bring big changes to itself or not.

Rebranding can be taken up as proactive or reactive, where companies can choose to rebrand themselves to actively try and change their course or a rebrand may become necessary due to public pressure or negative press over an incident. In any case, a rebranding exercise says mainly one thing – that something is about to change. A new logo can be one of the simplest ways to indicate a change in values or a change in direction and outlook.

Rebranding is not an exercise that can be done just because you ‘feel like it’, or because it ‘seems like a good idea’. Since a brand is the very foundation for all other marketing and communication strategies, changing it significantly is going to affect everything else in the business. Another aspect to consider in terms of rebranding is consistency – changing too much too often or at the wrong times for the wrong reasons can adversely affect a brand’s existing customer loyalty and equity.

When a brand’s consumer base evolves, or when it decides to target a new customer base is when a rebrand makes the most sense, but then it needs to act in the interests of its consumer base rather than its own self-interest when setting a narrative supporting the rebrand.

A good example of a rebranding exercise gone wrong is when Gap rebranded its iconic solid and classic logo – which represented the quality of its apparel – with a Helvetica typeface and a square gradient that apparently meant nothing to consumers. Audiences were left confused as to what the new change symbolized – especially since its main competitor American Apparel used the same typeface (it was the much-overused Helvetica, by the way). Gap was unable to provide a unique visual identity for the company in its attempt to rebrand, and amidst the negative response, eventually reverted back to its original identity – with a lame cover-up which included terming the new logo as the first part of a crowdsourcing design project and asking designers to share their own versions.

The problem with this exercise was that while they changed the logo, they didn’t fully rebrand the company – there was no rationale supporting this new direction. In reality, there wasn’t a new direction at all. They didn’t even substantiate the change by explaining to customers the purpose behind the shift. Gap was simply of the opinion that its logo had grown old and frail, and that it needed to be switched with a ‘fresher, more youthful’ identity. It is still remembered today as a random logo, developed just for the sake of being a new logo.

When South Asian e-Commerce platform Daraz rebranded itself, it was met with widespread confusion, with the logo being ridiculed as something copied from a stock vector, while the message ‘Discover your Daraz’ didn’t do much for audiences. The brand continues to build its narrative around experiences in order to justify the rebrand through its campaign ‘We sell more’.

Similarly Burger King recently overhauled its entire brand, shifting from the iconic blues and reds to a rather dull color palette and a simplified logo, which the company justifies as ‘confident, simple and fun’. While it was initially met with criticism, Burger King released an ad reminiscent of the iconic ‘What Idiot Changed the Chivas Regal Bottle’ ad, justifying how and why their logo is actually an evolution of the business – turning a potential backlash into an opportunity.

Rebranding is not an exercise that can be done just because you ‘feel like it’, or because it ‘seems like a good idea.

WHY SHOULD YOU REBRAND?

A locally relevant example is the change adapted by Fair and Lovely, which announced in September 2020 that their product’s name would change to ‘Glow and Lovely’. This change in name was followed by a campaign that shifted the core proposition of their products from ‘skin whitening’ to ‘HD Glow’ for all skin tones. Under criticism for promoting colorism for years, the company was eventually forced to make the change due to public pressure.

Another good time to rebrand is when the offering of the business evolves. For example, amidst the pandemic Airlift rebranded itself in Pakistan when its core focus shifted from mass transit to instant grocery delivery. The Indian direct broadcast satellite service provider Tata Sky also recently rebranded itself in the wake of new service offerings – changing the name altogether from Tata Sky to Tata Play, in order to incorporate the launch of its OTT services along with broadcast channels. The rebrand was brilliantly explained in a series of cheeky ads featuring a famous Bollywood couple.

When a brand’s consumer base evolves, or when it decides to target a new customer base is when a rebrand makes the most sense, but then it needs to act in the interests of its consumer base rather than its own self-interest when setting a narrative supporting the rebrand.

Rebranding offers companies a good opportunity to refresh their image and stay current and updated, evolving with the consumers they serve – only if there is good enough justification and if it’s done right.