In order to encourage the inflow of ideas and creativity, IBM holds an “innovation jam” on a frequent basis. The ideas generated through this platform are then implemented and rewarded accordingly. It’s gratifying that the outcome has been quite incredible!

Strategy needs to be effectively executed, replete with an alignment plan, to make an impact on the bottom line, because simply relying on vision and opportunity is not sufficient. With social participation, crowd-sourcing serves as a better fit for operational drivers, who leverage strategy into success. Companies, who have leaders seeking this type of view and feedback, deserve to be applauded. To allow such a process to work that breaks customary traditions, CEOs and leadership teams must exhibit confidence and courage, traits generally lacking in these scenarios.

As difficult a person as Steve Jobs was, he realized that customers wanted a computer that was reliable, so that they wouldn’t have to feel anxious when it broke down; simple to use, so that they wouldn’t have to feel intimidated, stupid and inadequate; and beautiful to look at, instead of institutional grey and boxy. These three factors drove his strategy. In other words, he believed in finding out what people truly wanted and then giving it to them rather than telling them what they should want and shoving it down their throats. The same phenomenon can be applied to strategies – find out what people want and give it to them.

It is heart-warming to see the democratization of society unfolding in several ways. The concepts of open accessibility, rapid spread, channelization and consolidation of opinions and thoughts through various viral networks posit major challenges for leaders. The question arises, what qualities do leaders need in order to capitalize on a revolution, led by social networks and technology?

The foremost reason why employees remain silent is because they lack confidence in the required field of the proposed strategy. When they feel that the proposed idea is not good, they simply accept it, assuming that others know more than them. This explains why top managements underestimate the value of employee feedback because they presume that their employees do not see the big strategic picture. In order to execute this crowd-sourcing strategy effectively, it is crucial for the company to facilitate the internal infrastructure and culture. The latter can be achieved through open discussions between employees and the top management.

A major part of the problem lies with the definition of leadership and what different stakeholders expect from people at the top of organizations. Level of confidence and willingness to “share” the role of leader also constitute matters of concern. Leadership is the ability and nous to listen, accept and filter input and advice from others. It also entails communicating and sharing information, and delegating a certain degree of responsibility, but ultimately, it involves making decision based on experience.

Sahlique Sultan is presently Managing Partner at N’eco’s Natural Store and Cafe in Karachi and has held managerial positions with Carrefour, Gameloft and Dessault Aviation in Paris. He holds a masters degree in sustainable business management from the American University of Paris and an interest in green projects. 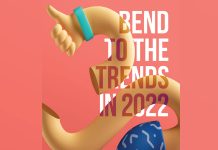 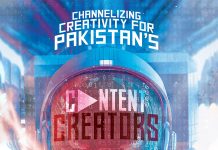 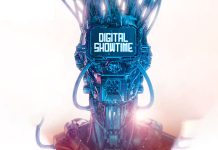