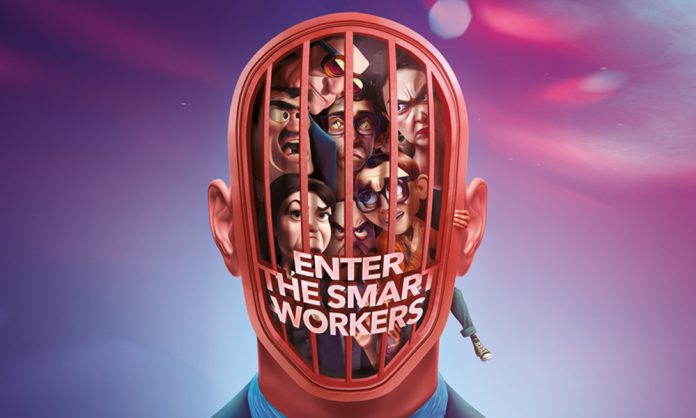 Have you ever wondered why are some birds kept in a cage? Well, that’s pretty simple, so they don’t fly away. But what exactly are we saying when we act upon this? We cage something to stop it from leaving, which, when you think about it, is really a cruel thing.

The recent generation of employees might just be these same birds aiming to break free from the cage of corporate life. This could very well be due to the vicious cycle of agencies that have been designed to keep a person in the system and condition them to adjust to the inner workings of that particular place. The harm is being caused to the individual abilities of a person because in order to survive and climb that ladder, they have to put aside their individualism and cater to the needs of the clients and the culture of their agency.

Interestingly, the tables seem to be turning. Instead of going through the struggle that we have been conditioned to endure, the current generation seems to have taken the reins into their own hands and decided to work on their own terms, which has led to a great decline in the retention of creatives in the market.

Their solution is THE side hustle. Now how this works is the real story. Having a full-time job is the need of the hour in the current time when inflation is making it impossible to pay bills through just freelancing. But when you reverse this formula, it all starts to make sense. This current generation realizes that along with a full-time job, a side hustle is what is going to secure their future. As time passes, freelancing provides the person with so much of experience and contacts that people opt towards leaving their jobs and giving their complete attention to the business they have been building along the sidelines.

The profit they make increases with the consistency of the person running it, which is why when you look around today, you see a start-up in every corner. You see people taking even the most basic skill that they possess and turning it into a money-making machine, and with the help of social media, the world is at your fingertips.

So, when you think about it, the 9-5 job is just a mask, the real deal is the one happening on the side. And let’s face it, it’s smart. Let’s take most of our elders as an example, who worked their whole lives to create a secure future for themselves and their families, but in that process, they have somewhere or the other missed out on life. They put all their effort towards planting the seed and making it firm, but by the time it started producing the fruit, they were too tired and old to enjoy its sweetness.

One of the biggest dilemmas of an employer in today’s time is retaining an employee because rather than slogging themselves at a place that doesn’t value them enough, an employee opts to work on their own terms. The freedom of setting your own hours, dealing with clients in your own way, and being creative with your ideas is addictive, especially for those who are working towards breaking the generational cycle that has been followed till now.

One might think that it’s just about the above-mentioned points, but one key element that really makes a world’s difference in decision-making and transitioning is money. Most of the time it feels like the person is not being paid enough for the amount of work that is being done. In the name of ownership of work, it is expected that an employee will push back everything else in their lives such as family, social life, events and etc., to make sure that the work is delivered regardless of the hour.

Why would anyone want to work this way? And the employer who expects this to work, I have questions for them. Would they be willing to do so every single day? Are they willing to spend all their family time in the office? Are they willing to sleep after finishing their office work and waking up the next day to start working again?

If the answer is yes, then it needs to be pointed out that this toxic culture is so deeply embedded in our system that we don’t even realize the damage we are causing to ourselves and others. And if the answer is no, well then, treat others the way you wish to be treated. Gen Z is past being helpless and depending on their family for support while enduring negativity at the expense of their mental and physical health. They are the generation that is willing to go the extra mile for their dreams, not just with hard work but with smart work.

If you want to survive and really have something to enjoy in the near future, this is the golden hour. Figure out what is your forte and turn it into your side hustle, because it is those who start today that will be the winners of tomorrow. Starting small is the key, and being consistent is the recipe; the final dish will definitely leave you full and satisfied because you have to work hard either way, whether it be in a company or for your own business; so then why not work for something that will remain yours and has your name on it?

Freelancing is really about making the right contacts and understanding that there is a reason as to why a client is opting for a freelancer instead of an agency. It means that even if their psyche is changing, they are willing to take people individually instead of jumping into a big agency that has its own set of complications. The smart thing to do is to build your contacts and give face with the quality of your work.

Most agencies still follow the same formula that has been going on for years, but it needs to be updated with the changing times. Not changing leads to a difference of opinion. The client requires ideas that are new and that will not be possible if employees are not allowed to work freely and creatively. Mass-producing work leads to the death of creativity which is one of the biggest issues we face right now and is a genuine threat to our industry. You might now see it now, but in a couple of years, some of the biggest names would turn to a mere memory or an example used in conversations, and nothing more.

When the client won’t get what they are looking for, then they will automatically go for freelancers or smaller agencies that have the ideas and understanding that would connect with the current audience. It is this generation that is the future, it is by them that the world will go on, is it these people who are going to follow the rules, then why do you think they won’t have a say in making those rules? 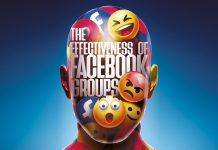