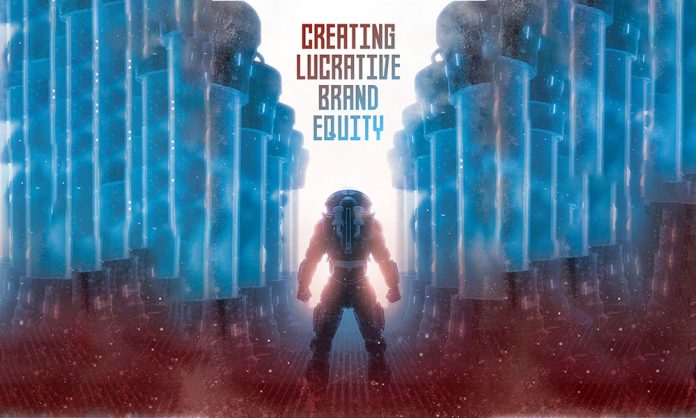 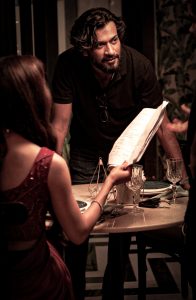 Synergyzer: Tall Man Films partnered with Innovative Biscuits for the Digestive Showtime anthology series. How did it become possible?

Sultan Ghani Afzal: The very purpose of creating Tall Man Films was to tell stories – be it in any form. So, when Digestive Showtime approached us for an episodic web series; keeping Tall Man Films’ initial plan of action in mind and our core values like sincerity and genuineness that we hold so dear, we decided to propose the idea of creating an anthology of 5 short films instead. This way, the audience got a pack of five different flavours, each to be devoured on a different day.

Synergyzer: What is the business model for Tall Man Films, in terms of partnering with Digestive Showtime?

Sultan: Our business model is pretty simple and straightforward; Innovative Biscuits approached us with a brief for their brand, Digestive Biscuits, as a client and we crafted the content including scriptwriting and creative for their platform, Digestive Showtime.

Sultan: Locally, productions for digital platforms are not known to be as lucrative, – perhaps because we do not have a proper designated platform to showcase the content on. Similarly, TV productions have their own limitations and by that I do not mean censorship at all, because censorship was the least of our concerns. Our content was harmless – there was no cliché story being told, i.e. no family politics, domestic abuse, extra-marital affairs, or blame-games.
However, on the other hand, I strongly believe that everything is not always about monetary benefits and profit-making. So here, the major attraction for me was the freedom of nurturing exceptional ideas and content – to reflect and express our inspirations and true self. Digestive is a brand that strongly stands for connecting back to one’s true roots – its tagline is ‘Disconnect to connect’ so it was all about ‘rabt’ (contact) – which seemed like the perfect opportunity for us to be as creative and imaginative as we could be.
We kept in mind that we are catering to a universal audience, and hence created a project that would be lucrative.

Synergyzer: What convinced Team Innovative to commission content, which is a complete diversion from the kind of content popular on mainstream conventional media?
Sultan: Team Innovative was clear about what they were getting into; and they were intelligent and sincere about it.
Both Tall Man Films and Team Innovative expected the anthology to be impactful and we created them with a great deal of thought. They are the stories of ordinary people, like you and me that we can all relate to. Umair Mustafa, the Director Marketing for Innovative Biscuits, has been very supportive of our process throughout, giving us the space to explore our creativity. Also we packaged the stories with a lot of style and made sure they stand out from the crowd visually. We put in a lot of work to create that image.

“In terms of branded content, then the focus should be on telling a story that is engaging, entertaining and impactful, to create top-of-the-mind recall among consumers who are more interested in watching entertaining and engaging content versus watching something that urges them to buy something.”

Digestive Showtime is a high budget venture, yet the brand team never wanted to over-expose the brand. Rather they could envision how this digital asset will create virtually limitless value, which will be worth way above its production cost. So the project became very lucrative for us, since we were all looking forward to create positive disruption. Hence we told stories that took us on paths not trodden like a Pakistani cricketer who cannot speak English being schooled by a friendly policeman, two brothers going on a trip but there is no naach-gaana along the way, a saas-bahu story but without the regular conflicts, a young couple considering divorce yet there are no extra-marital affairs in the background etc.
All these stories were produced wisely without showing any socially-offensive situations, because we did not want to bring in any ugly elements of our society.

Synergyzer: What is your opinion about the kind of specifications brands ask for, for branded productions being broadcast over digital-media?
Sultan: In most cases, brands and content creators do not know the difference between placement, integration, engagement and endorsement. The confusion leads to a very confused brief, which may lead to chaos.

“I strongly believe that everything is not always about monetary benefits and profit-making. Producing Digestive Showtime, the major attraction for me was the freedom of nurturing exceptional ideas and content- to reflect and express our inspirations and true self”.

And I do want to clarify that here. Placement is; for instance in one of the Digestive Showtime short films – 2 Say 5, we placed the Digestive Biscuit behind the counter. Whereas integration is that we emphasize something related to the brand and show it in a scene, for instance one of the characters could have off-handedly said, “Mazay k biscuits hein”, and shared Digestive Biscuits with another character. Meanwhile brand engagement is that a character is stuck somewhere, and they have say, Coca-Cola and then they know what they have to do, or they use a particular app and the know how they can get moving. On the other hand, endorsement is that the character talks in favor of the brand, or endorses it verbally and visually.
In my opinion, it’s better to launch an advertising campaign, if the brand is considering engagement or endorsement.
Having defined these, I would say the team at Innovative Biscuits is an exception, because they knew what they wanted out of this project. They were, as the name suggests, innovative and gutsy. They were willing to take that leap of faith, allowing us to think and act freely. They knew that they were creating branded content, not regular advertisements. Other than in 2 Say 5 and Yorker, the other stories didn’t even show the product or brand name.
Brands need to understand that a thunderous applause in boardroom meetings and presentations do not mean that consumers would queue up outside the outlets. Most of the time, brands employ strategies that are short sighted and fail to generate any long term impact.
The clarity has to come from the brands. When you merely want to promote your brand, you go for advertisements. But when you are talking about branded content, then the focus should be on telling a story that is engaging, entertaining and impactful, to create top-of-the-mind recall among consumers who are more interested in watching entertaining and engaging content versus watching something that urges them to buy something.
To put it simply, brands do not have any specifications as yet. This is a new domain for our market, and brands here do not know what to ask for and who exactly will do the job for them. Advertising agencies are doing a good job but the reality is that their specialty is not creating content, they make ads and there are hardly any content agencies in Pakistan.

“Digestive Showtime is a high budget venture, yet the brand team never wanted to over-expose the brand. Rather they could envision how this digital asset will create virtually limitless value, which will be worth way above its production cost.”

Synergyzer: You shifted from creating commercials to creating content for digital platforms. How did your own creative thought process evolve?
Sultan: To answer this question I would ask you, what makes TV different from the digital medium? There is an existing misconception amongst people that if content is being produced for TV it must be about ‘saas bahu ke jhagre’, on the other hand if it’s being produced for digital then it must be dark and dingy, revolving completely around obscenity, violence, drugs and partying. But who created this definition? Who decided that content should only follow this formula?
In my opinion, film is film, regardless of where you see it; audience is audience, and  content is universal. Hence, the way we created this series is exactly how we would have done it for TV too.
Yes, the one advantage we did have with a digital platform was that we didn’t have to worry about being limited by close-minded executives running the show, who would shy away from trying anything out-of-the-box. We were also able to differentiate our approach from other online content creators recycling the same kind of ideas over and over.

“Tall Man Films packages the stories with a lot of style and put in a lot of work to make sure they stand out from the crowd visually”.

I really cannot thank Team Innovative enough – we are blessed to have a partner like them who were willing to give us complete creative autonomy, so we didn’t have to compromise on storytelling at any point.
Personally, the storyteller was always there in me. I had confidence in my creative skills and a passion to break away from the ordinary. I would say the process started 22 years ago, when I left my Information Technology studies and joined Zainab Ansari’s PR Agency. That’s where I recognized my calling and understood what content creation is actually like.
From there I went to Australia to complete my studies, came back, and joined Synergy Advertising, then CNBC, then ten years at Stimulus Productions before I created my own production house. In all this while, the storyteller in me went into hibernation, while I kept living my very corporate lifestyle.
When I received this brief, I initially thought with an advertising approach, but realized it is a narrative video so I shifted my thought process, which started evolving to create stories. It was then that I could observe interesting stories occurring all around me, which was a very interesting process. But, I realized, it is how differently one tells the story that makes it one’s own. This was my biggest concern during discussions with the brand team, yet they understood my vision and here we are.

Synergyzer: How does the future look like for Tall Man Films?
Sultan: The future is now and right now Tall Man is looking to tell some great stories; be it advertisements, Digital Video Content (DVC), documentaries, and all else that comes our way.
Yet what I can assure you is that it will be legit high-quality content.

“Both Tall Man Films and Team Innovative expected the anthology to be impactful and we created them with a great deal of thought. They are the stories of ordinary people, like you and me that we can all relate to”.