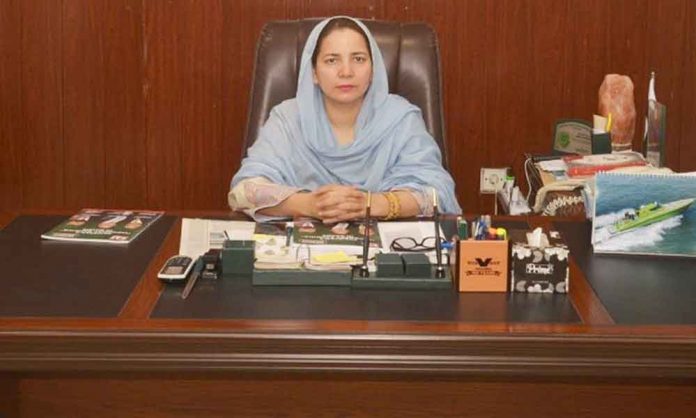 SANNA MALIK: What is the current PID mandate?

IRAM TANWEER: The PID mandate is to highlight the government’s policies and initiatives, while disseminating its official narrative among the masses. We carry out news placements for the government, and through media-coverage of official events. These are PID’s core responsibilities.

SANNA MALIK: How does PID see itself working with advertising agencies?

IRAM TANWEER: PID wants to harness a very close relationship with advertising agencies, which is why the Advertising Policy was revised in 2021. According to the new policy, all government clients including government ministries, departments, organizations, autonomous bodies etc. can select and keep a minimum of three advertising agencies on their panel for two years for their display campaigns i.e. campaigns that have any artwork, pictures or colors involved. (The classified campaigns are released by PIB directly to the media.) The Ministry of Information and Broadcasting is the only one that can appoint six advertising agencies simultaneously.

Since it’s government clients allocating and spending the budget, they can select ad agencies to be called for pitches. PID assumes the role of facilitating and regulating the process, ensuring that it is carried out smoothly and fairly, where all advertising agencies that have been called for the pitch get equitable opportunity to pitch for and acquire business.

There are three important representatives in this process; one person is from PID, the second person represents the government client and the third is an External Media Expert (EME) that we call from the advertising industry. All three of them evaluate the presentations and the ad agency with the highest points is selected.

PID Karachi recently improved this process, because I was not fully satisfied with the quality of the External Media Experts (EME) that we had on our panel. So I contacted Mr. Jamal Mir, President of Pakistan Advertising Association (PAA), asking him to advise us on EME’s from the advertising industry to add to our list that we can call to our presentations and engage with for any consultation that we might require in the future. We did this to ensure transparency and merit when selecting ad agencies and so that we may be able to get diverse opinions. With this initiative, PID was able to identify several EME’s with a broad-based experience and a fresh perspective on advertising.

IRAM TANWEER: I joined PID only last year. Yet according to my information, PID was facing issues with advertising agencies on media payments, as in the agencies were receiving payments from the government, but they were not making the 85% payment that they were supposed to make to media outlets including TV channels and newspapers. Due to this, the media houses were coming into a tight spot since they had to pay their workers, journalists, for the broadcast rights they had acquired internationally etc. There was also a lot of pressure on the government as well about its ministries, departments etc., concerning not making payments on time.

The government created the current system mainly to facilitate and regulate payments amongst respective parties, including government bodies, the media houses, and ad agencies. This required a number of changes to be made in the earlier system.

One, classified ads, including tender notices, are now being placed through PID directly. These ads are being made by PID in-house, for which we put together a department and hired resources with relevant experience to get it working. We do not involve any ad agency in the process; also PID ensures that the newspapers etc. get paid for placing the classified ads directly.

Two, advertising agencies are now only involved in display ads. They are selected for a two-year period and government client departments are allowed to appoint three agencies. Earlier the agencies were required to pitch for each campaign and they were reluctant to pitch repeatedly, which is why we let go of that requirement.

Three, PID is now involved at every stage of the payment cycle: Receiving bills from media outlets for classified ads, verifying them, sending them to government clients, giving payment deadlines to those clients and suspending them if any media outlets complain about delays in payments. Since the classified and tender ads appear on a daily basis, no government department wants to be suspended. Therefore, with this suspension system that PID is now enforcing, we are also involved in the recovery process.

To ensure that payments are disbursed smoothly, PID has created a WhatsApp group for payments of classified ads. We intimate media houses about payments that we receive from government clients and they collect their cheques from us.

As for the payment for display ads, advertising agencies and media houses, collect them directly from the client departments and PID only gets an intimation of the payment.

SANNA MALIK: How does PID facilitate and regulate media releases for display campaigns?

IRAM TANWEER: When government clients request media releases, they also indicate the budget, language, target audience, region etc. We advise them with the names of the media vehicles – TV channels, newspapers or publications and digital platforms where the campaign should be run or placed.

Yet, being a facilitator, PID does consider client requests if they have any specific media vehicles in mind, since it’s their budget. Also, as regulators, we also try and keep a balance. For instance, if we feel that too many ads are being placed by any client department in say, any one newspaper, we make sure to incorporate other names too for equitable distribution of business across the media.

I believe when the authorities changed the system and gave more autonomy to PID; the process got simplified for more transparency and control. The government keeps changing its policies, and so far I can say that this change has made the system much smoother.

Read More: THE PAS SIDE OF THE STORY

SANNA MALIK: According to the PID Advertisement Policy 2021, ‘the agency must submit an affidavit on Stamp Paper indicating that it has not been blacklisted by any ministry/division/ government department/government organization or federal/ any provincial government and also submit a non-collusion certificate’. This policy is for the ad agencies to follow. In terms of government clients, how are they cleared for releasing advertisements via PID, especially when they have been blacklisted by PBA and APNS?

IRAM TANWEER: In such cases, the main responsibility lies with the PBA and APNS to inform PID of the government clients they have blacklisted, along with the reasons, so that we may stop their campaigns from being run from our end.

For example, APNS highlighted certain payment issues with a major government-owned utility client and I did blacklist that institution. Yet, the client immediately began to pay its dues to the newspapers. Similarly, PID also suspended another government client department, and we are not releasing their ads to any media.

According to the new Advertising Policy 2021, matters related to suspension are under PID’s domain. We initially try to resolve such financial mismanagement issues by cooperating with the media and the government departments, but if there continues to be a violation of policy, then PID is forced to take strict action, usually in the form of blacklisting.

SANNA MALIK: PID is a government department that functions in perpetuity, and is not affected by regime changes. Yet, according to media outlets, once a new government comes in, it stops the dues of the earlier government from being paid. According to APNS, government owes PKR 2.1 billion to the media and subsequently advertising agencies. Due to this, there are negative sentiments amongst media houses that PID has been exerting its power to control the media by not paying their dues. What is PID’s perspective on this?

IRAM TANWEER: For any government, the media is the biggest stakeholder in propagating its perspective. The previous government gave more autonomy and responsibility to PID to bring more transparency to the system and to make it smoother. It also released the updated Advertising Policy in 2020 and updated it in 2021, with the objective of streamlining the system and to minimize financial mismanagement.

The current government, especially the Ministry of Information and Broadcasting is pressing hard on PID to recover outstanding dues of media as well as advertising agencies since 2008. To ensure recovery, the current government has instructed PID to blacklist all such clients who have not paid their dues to advertising agencies and the media as well as such agencies who have not paid the media dues according to the earlier system when government clients would make 100% payment to the agencies and they would further pay the media 85% of the amount. The Secretary of Information has also suspended a number of government clients in this regard.

There are times when top officials at government client organizations are unaware of their institution’s payment defaults and why their advertising has been suspended. In such cases, PID officials contact the government clients themselves and if required, visit them also after sending the suspension letters. In response a number of officials have expedited outstanding payments of their departments.

Here it’s important to note that government institutions cannot afford to be suspended for too long, because they have to publish their classified ads including tender notices on a daily basis. These tenders are worth millions of rupees, and once any institution is suspended, their operations are disrupted. I have blacklisted a number of such public sector autonomous institutions, which then pressurize us in withdrawing the suspension, yet I continued to enforce the policy and eventually they were forced to settle their overdue payments.

Yet, we also have to deal with a catch-22 situation at times; for instance, suspending these organizations may lead to unemployment, which PID wants to avoid at all costs. Also, since the government’s narrative is represented through PID, we have to maintain cordial relations with the clients, agencies and media houses, so it does become difficult to be overly strict at times.

We hold a daily morning-meeting for financial recovery action-plans at PID Karachi; and prepare weekly updates to evaluate our billing lists, overdue payments and recovered amounts. We also share these records with our headquarters in Islamabad. We have been instructed to ensure receipt of payments by June 20, 2022; by the sitting Minister for Information and Broadcasting since budgets of AGPR (Accountant General Pakistan Revenues) clients lapse after June 30 every year, so we must get the payments before that.

While it is one of the toughest tasks to recover delayed payments and bad-debts, this whole exercise is bringing results and we have recovered a number of previous payments.