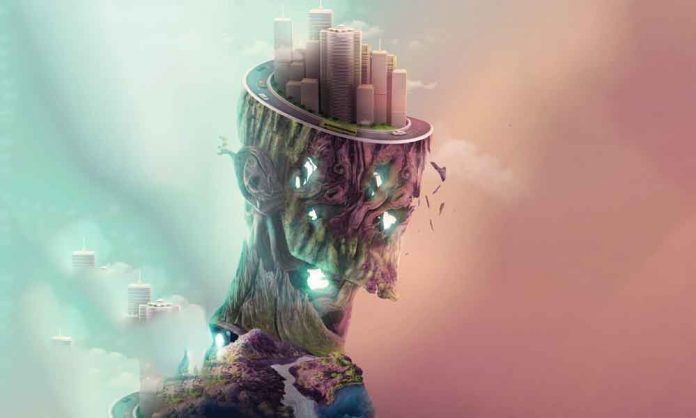 You reap what you sow is a very mindful piece of advice. Planting a seed into the ground is not enough. You have to nurture it to help it grow into a beautiful tree. You can expect a healthy plant only if you provide it with the right amount of water, sunlight, and protection from the creepy crawlies.

What would happen if no one took care of the plant? Well, it will either lack in its growth or it will die due to deficiency. It is our responsibility to provide it with an environment where it can thrive and unveil its true capacity.

Similarly, when an individual with a creative flair takes a step into the advertising field, whether as an associate, executive, or a manager, they require the agency which has decided to take them on board to provide them with an environment where they can excel and grow. The person to who that particular creative is reporting should act as a mentor and help him/her identify their strengths and polish them. This way, the creative can learn and utilize their knowledge to create new and better ideas which would help the industry grow as they are the upcoming generation who will take over.

The focal point where the problem rests at the moment is the toxic environment that exists at advertising agencies. This lowers productivity and demotivates an employee from taking initiative for the company. Something is definitely amiss when a creative is not excited to go to work. Yes, every place has a few problems but these seem to have increased rapidly in the current time. Let’s look into some of the things that an agency might be doing wrong which has resulted in people opting out of agency life.

We all must have heard that there are ‘no timings’ while working in advertising or any other form of media. As true as this is, this phrase is now being exploited into making creatives and other employees do unpaid overtime. Why are there no policies for overtime? When a creative joins an agency, they have been hired for a set number of hours; so why isn’t he/she given a return for the extra hours that they are investing in the company?

Working for such long hours has a significant impact on both the mental and physical health of any creative leading to loss of interest, creative block, frustration and a wide gap within the team itself. When a creative is constantly grinding, they naturally reach a point of exhaustion from which they need time to recover, but in most cases, this does not happen, as the creative will not receive the proper amount of time off required.

Not having a work-life balance may cause a disconnect with friends and family which often leads to negative feelings and a very harmful impact on the mental health of creatives. In order to combat this, agencies should start taking active steps towards this. Agencies should value productivity instead of late hours. A creative should be expected to finish their work within the office hours and discourage late sittings and over time. A boss should not expect a creative to “look busy” by being glued to their seats and typing away on their laptops.

Unlocking a creative idea takes time, sometimes hours, days or even weeks. A good creative idea cannot be available on demand. One good idea may come out of twenty bad idea, and this requires time. Of course, there are deadlines but agreeing to unrealistic ones and expecting a creative to deliver them is not entirely fair.

Everyone wants to produce their best work, but if such limitations are placed on a creative then the agency is making it impossible for them to deliver what he/ she is truly capable of. As a wise mentor once said, “If a creative is staring at an empty wall, you cannot accuse them of not working because you do not know what is going on in their mind.” A creative is always working, you never know when an idea might strike, even from something very irrelevant or peculiar.

For a creative to flourish, you need to create a happy and, obviously, creative environment for them. It would be very helpful if agencies give their creatives the liberty to play music, have comfy sofas or bean bags, have an array of leisure activities and the interior of the agency should be lively enough to turn a frown upside down. The vibe of the room should be exhilarating the moment a person steps in. The agency will then be able to retain more creatives as the energy itself would be addictive.

It doesn’t hurt to take a chance, once in a while. We need to quit using the old “inside the box” ideas when every client brief always contains the phrase, “out of the box ideas”. What if young and upcoming creatives were able to take chances and create new beginnings. Agencies should take chances to potentially hit a new mark in the wall.

Now, because of all the above reasons, agencies have seen a sharp decline in the creatives available in the market. Either an agency is unable to retain the creatives they hire or are unable to find any new ones willing to come on board. This is happening because the younger lot of creatives value their mental health more than succumbing to the toxic ways of a company. A creative does join an agency but as soon as they realize that they do not see themselves working long term there, they bail.

At times, it is the fault of the creative as they are the kind of person who finds it difficult to stick to a place or they might be performing poorly. Unfortunately, a few of the younger lot has mastered the art of acing an interview. They know all the right things to say which gets them the job but when it’s time to perform, they are unable to deliver. On the other hand, some agencies are unable to retain creatives due to the uncanny pressure and hours.

This is a generation that believes in working for itself if they don’t find themselves being valued, and well, can you blame them? A creative requires their freedom to bring their best to the table. Confiding them into a system that might seem the best may be doing the most damage. If you wish for a creative to remain at your company while producing good work then you have to provide them with the environment which they require to grow into their complete potential. A creative mind needs to surround itself in an environment which elevate its capacity and helps in finding solutions.

And I think it is safe to say, that seeing the current fiasco through which different advertising agencies in Pakistan are going through, it is time to change. We can either mend our ways and welcome the talent which flourishes in our land or we can keep up the existing ways and continue scouting for new creatives in the market as there is a shortage. If you know what I mean!