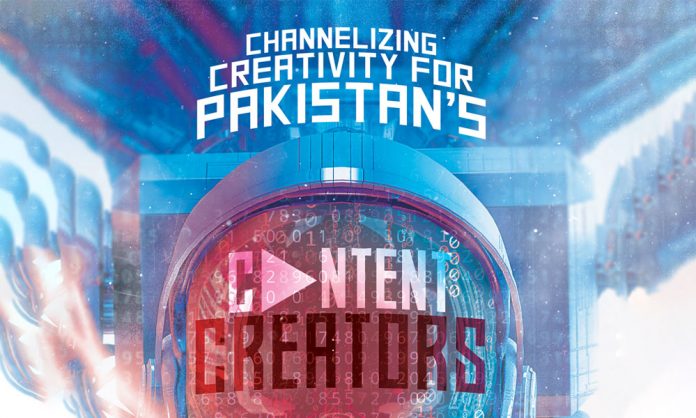 In the past decade YouTube, Google’s most popular subsidiary, has introduced revolutionary trends for businesses and consumers in Pakistan and has emerged as one of the most profitable business platforms. The platform has become the fore runner in promoting Pakistan’s culture, tradition, local life and is breaking stereotypes associated with the country’s image. It has also provided a platform to youngsters to step forward and promote creative knowledge, media literacy, and social awareness to the public.

Till 2016, the online streaming app had only eight channels from Pakistan, yet currently, it houses more than 650 channels having over 100,000 subscribers. The growth of the YouTube ecosystem in the country can be estimated from the fact that since last year, watch time in Pakistan increased by 35% while local channels subscribers grew by 40%.

A recent survey report by Google-Kantar reveals that YouTube is the first choice for the public to stream music & dramas and a popular medium for online shopping as well: 26% of shoppers in Pakistan first research & watch product reviews on the streaming platform and then make a purchase decision.

YouTube has given a real-time platform to the entertainment industry, as well as the tourism industry, cricket, and local content creators. The Pakistan Tourism Development Corporation (PTDC) created an immersive campaign, showcasing the tourist sites of Pakistan and with its first-ever live stream of Pakistan Super League (PSL), YouTube also promoted Pakistani cricket and gave a chance to local talent to showcase themselves globally. It has enabled local content creators to design diversified forms of content that include entertainment but also content that promotes culture, tradition, education and knowledge.

The recent report – Unlocking Pakistan’s Digital Potential by AlphaBeta says that more than 30% of YouTube users in Pakistan visit the site to educate themselves about new digital skills. Also, the platform has helped millions of students learn about engineering, programming, science, art, social sciences, medicine etc. Many students have evolved to become instructors and trainers over YouTube, imparting knowledge in their native languages, breaking the foreign language barrier.

During COVID19, many people utilized their time learning new skills from the free courses available on YouTube and also created new channels on the platform.

“Pakistani content creators have been able to generate a yearly income of PKR 4 billion (USD 24.9 million) via YouTube.”

Content creators have started to emerge from rural areas as well, showcasing the core values and customs of Pakistan. A channel hosted by Mubashir Saddique, Village Food Secrets, is one of the top local YouTube channels. It became highly popular during the COVID19 pandemic and reached a global audience. The channel showcases the craft of cooking in rural areas and also teaches viewers about cooking techniques. With his efforts, the former factory worker has made Shahpur village a popular destination.

YouTube has allowed Pakistani women to showcase their talent to the world. A prime example of this achievement is Kitchen with Amna, which became the first YouTube channel hosted by a woman to cross 1 million subscribers in Pakistan. Amna Riaz, the founder of the channel, demonstrates and teaches how to make traditional dishes with ease.

Other channels like Ijaz Ansari Food Secrets, Techno Gamerz, BaBa Food RRC, Maaz Safder World, Star ANONYMOUS, Haider TV, etc. are top running local channels that depict the talent and potential of Pakistani content creators. YouTube has shown the world the power of online streaming and has allowed Pakistanis to exhibit their craft in our local languages, and the world can see the richness and depth that Pakistan’s locals and dialects have to offer.