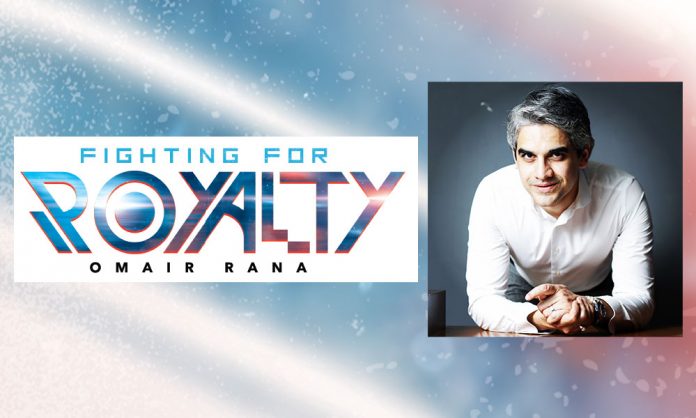 Omair Rana stresses the importance of artists being a part of guilds and unions to ensure their rights can be met. 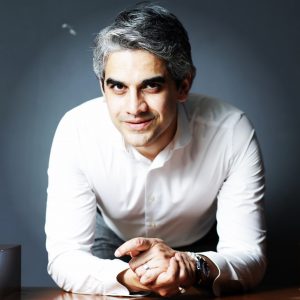 Synergyzer: What is the difference in content productions for mainstream television versus digital platforms?

Omair Rana: I believe it would be freedom of content. The content that is being created for the digital medium is more liberal and liberating than mainstream broadcast mediums like TV. You see, TV programming is essentially working backwards; the data is being generated by market research monitors and television ratings providers. These numbers dictate advertisers, who then dictate producers. Yet these advertisers are not just influencing the content in terms of storylines or themes but even other production elements, such as actors and locations. It all depends on what the brand wishes to highlight. I personally consider this information coming in from market research to be flawed because it’s not accurate data; rather it is data that is self-validating since it keeps giving the audience the same type of content over and over again. The audience looking for entertainment content on television will obviously watch what is being broadcast, which will in turn allow producers to justify the content that they are producing. It’s a vicious cycle really, unless there is some sort of a break, like Udaari, but those too are scattered. Yet, these breaks in content usually do start another cycle, allowing creators to add a new topic to their list of content themes. On the other hand, digital entertainment content allows greater freedom in terms of content generation, including what the concept and storyline may be, which actors to recruit for each role etc.
Basically, every platform has a different feel to it and hence, the production goals differ for each platform accordingly.

Synergyzer: What are your comments on payments given to actors for ads, branded content as well as anthologies for digital platforms versus conventional TV?

Omair: TV commercials, I assume, pay more than the DVC’s (Digital Video Commercials). However, the digital world has a weird dichotomy to it: While the amount involved in creating a DVC would be far less, the influencers, with their own social assets – YouTube channels, Instagram profiles etc.; would be getting phenomenally high rewards from brands for putting in comparatively much lesser effort and creativity.

Synergyzer: What is the reason for this?
Omair: In my opinion, when it comes to influencer marketing, the analytics are tangible. The higher the number of followers, the more reach they can provide brands, and hence influencers can charge a higher amount – based on their number of followers.
It is this quantifiable substantiation on the ROI (Return on Investment) that advertisers consider in their BTL marketing campaigns I believe. Yet I do think the pricing mechanism will reach some degree of stability once maturation kicks in into the digital platforms’ market.

Synergyzer: A brand would get something produced for the digital medium, pay less to the performers and production team, and then after a while run the same thing on the conventional medium; all produced for a fraction of the cost. What is your opinion on this?
Omair: I don’t think this happens frequently; nonetheless, there is always a possibility. It is wrong for sure, but since there are contracts involved, it cannot be deemed illegal. These contracts easily miss out on such details, so that makes it a matter of ethics.
In my opinion, the practice occurs due to a lack of awareness amongst actors, which leads to their exploitation too. The actors have to be aware of the market; the standard rates, and most importantly, their rights. Otherwise, they will keep getting exploited with the advertisers paying them in fractions and making millions and billions themselves.

Synergyzer: How can artists safeguard themselves?
Omair: This is where the guilds and unions – the associations – come in. Artists need to be more aware of those that can safeguard them and represent them as a collective, rather than as an individual because in a climate especially like that of Pakistan, where legalities come with loopholes, protection becomes extremely difficult.
By being part of unions, individual artists are backed by a number. The backing also then includes such people who are super-influential, and can help other artists and even the industry navigate its course.

Synergyzer: Is there any change in the payment structure since digital productions have gained momentum due to COVID-19?
Omair: The demand and accessibility for digitally streamed content has exponentially exploded across the world including Pakistan (although I would like to see the statistics on how much it actually did increase here). With the growing demand, content production needed to up its game too, however, with the looming pandemic, content production became difficult for most of the world. Yet here in Pakistan, the Actors Collective Trust (ACT) and the UPA (United Producers Association) ensured we could still carry out the activities while following SOP’s.
That said, if the demand for digital content and consequently, content production increased, then the naturally-derived demand for actors and what actors should get paid must have gone up as well. Did it increase as much as the digital platforms’ rate of revenue or their demand for content though? I can’t say.
I believe that the digital industry in Pakistan have always been in murky waters since there is no one platform we converge at. Either we are leaning towards creating channels over free global platforms like YouTube, or creating micro-scale platforms both of which do not have great footprints locally or internationally, or we go to international platforms like Zee 5. This is why it is very difficult for us to say what platform standards are we stabilizing on, before we can go on to define payment structures.

Synergyzer: Do digital streaming platforms promise any royalty to the artists and content production team, especially since YouTube and such platforms keep generating views and continue paying to the content owners for the life of the content?
Omair: No way!
There is no concept of royalties in Pakistan anymore since the 1990’s. PTV was, I believe, the last one that gave royalties. In the 1990’s, the actors went on strike, demanding the state television channel to increase their pay. PTV did agree, they signed a contract with a few select representative actors of an unofficial body, according to which, the artists were to get a raised up-front payment but they had to let go of their royalties that was being paid to them earlier.
Since then, the concept completely disappeared from Pakistan, which is why when the boom of private productions and TV channels came about; they never really bothered with this discussion. According to them, once the producers sold them their product, these entities would become the undisputed owners till the end of time.
These private production houses are applying this theory to all artists including musicians, actors, writers, directors – anyone and everyone who is a part of the production crew; that there will be no long-term returns. This, of course, has its repercussions. One very visible example is how we get to hear tragic stories every now and then of some creative, respected and loved performer dying as a pauper.
With digital platforms too, it is the same problem. In fact, here the ‘lack of budget’ is cited which is another way of saying that production houses have to hedge cost and revenue, which implies the artists will get paid whenever the product is aired. Yet, since the concept of royalties has eroded completely from Pakistan, the artists only receive a preset amount instead of earning a share from each viewing or rerun. Even the foreign players are exploiting this culture now. For example, Zee5 might follow their set royalty standards across the world, but in the case of Pakistan, they ‘do as the romans do’. So, it is really a pitiful state of affairs.

Synergyzer: What is your stance on the royalty issue raised by Naila Jaffery? Do you plan to push it any further as a part of the artist community?
Omair: As the General Secretary of the Actors Collective Trust (ACT), I was a part of that initiative along with Meekal Zulfikar who made a fantastic contribution to the movement. And for the first time ever in the history of Pakistan we were able to create a great momentum, which is, yes, momentary in some movements, but long term in many others.
A committee was formed to work on the issue and it brought together stakeholders including the UPA (United Producers Association), the DPU (Directors of Pakistan Union), WAP (Writers Association of Pakistan), as well as ACT on one platform. The committee including me, Wajahat Rauf, Shezad Nawaz and Meekal Zulfikar presented our stance to Senator Faisal Jawed and we have been working on drafting a legislation to gather support for artists, especially in terms of mandating royalties as part of the payment structure. The draft is, I believe, part of the media legislation which has yet to be tabled, and pushed through.
It is still a long haul, and unfortunately, there is lack of awareness and apprehension regarding the implementation. There are two reasons for that; shortsightedness of businessmen and exploitation. Most businessmen in the industry are short sighted; their vision goes as far as ‘buy this product, put a huge profit value on it, and resell it again and again to gather revenue.’ They do not understand how, in the long run, this will not be beneficial for the industry. Secondly, there is exploitation because the artists are selling their art as a necessity rather than a craft, and with no concept of royalties, they will continue being exploited.